The basic application of the blockchain is to perform transactions in a secure network. That’s why people use blockchain and ledger technology in different scenarios. One can set up multichain to prevent unauthorized access to sensitive data. It is not available to the public, and can only be available to authorized entities in the organization. It depends on the organization which type it requires to choose for their work.

By using blockchain we can track orders and payments from end to end.

Here is a list of real world problem where we can use blockchain :

It is also known as trustless or public blockchains, are available to everyone to participate in the blockchains process that use to validate transactions and data. These are used in the network where high transparency is required.

These are the closed network only a set of groups are allowed to validate transactions or data in a given blockchain network. These are used in the network where high privacy and security are required.

There are 4 types of blockchain: 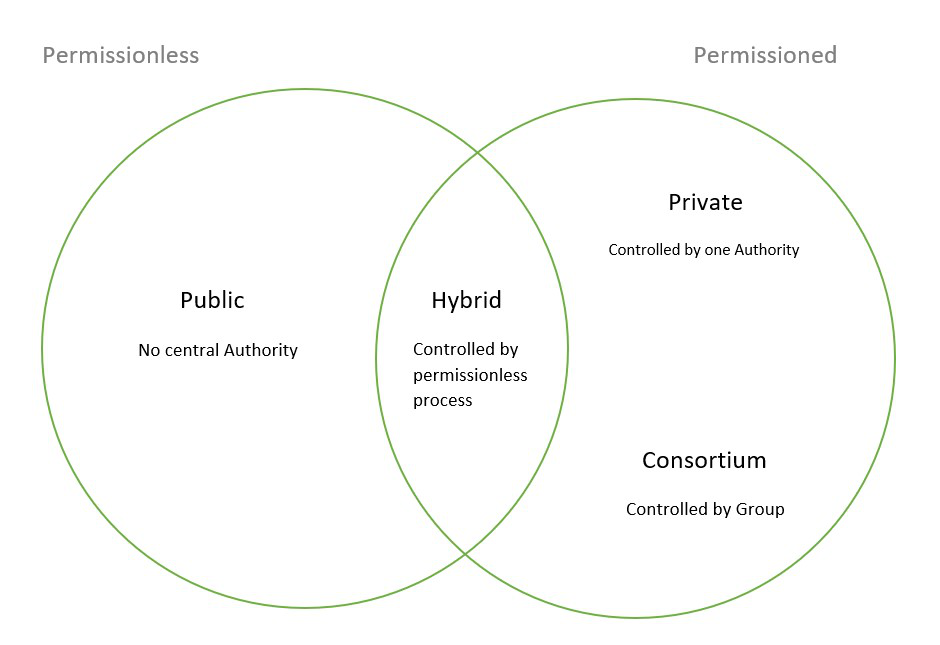 These blockchains are completely open to following the idea of decentralization. They don’t have any restrictions, anyone having a computer and internet can participate in the network.

Use Cases: Public Blockchain is secured with proof of work or proof of stake they can be used to displace traditional financial systems. The more advanced side of this blockchain is the smart contract that enabled this blockchain to support decentralization. Examples of public blockchain are Bitcoin, Ethereum.

These blockchains are not as decentralized as the public blockchain only selected nodes can participate in the process, making it more secure than the others.

Use Cases: With proper security and maintenance, this blockchain is a great asset to secure information without exposing it to the public eye. Therefore companies use them for internal auditing, voting, and asset management. An example of private blockchains is Hyperledger, Corda.

Use Case: It provides a greater solution to the health care industry, government, real estate, and financial companies. It provides a remedy where data is to be accessed publicly but needs to be shielded privately. Examples of Hybrid Blockchain are Ripple network and XRP token.

It is a creative approach that solves the needs of the organization. This blockchain validates the transaction and also initiates or receives transactions.

Use Cases: It has high potential in businesses, banks, and other payment processors. Food tracking of the organizations frequently collaborates with their sectors making it a federated solution ideal for their use. Examples of consortium Blockchain are Tendermint and Multichain.