Plants respire throughout their lives because the plant cell requires energy to survive; however, plants breathe in a unique way known as cellular respiration. Photosynthesis is the process by which plants generate glucose molecules by capturing and converting sunlight energy. Several live experiments demonstrate plant respiration. All plants respire in order to provide energy to their cells, allowing them to be active or alive.

Plants require oxygen to respire, and the process emits carbon dioxide. However, plants do have stomata (found in leaves) and lenticels (found in stems) that are actively involved in gas exchange. Plants lack specialized structures for gas exchange, in contrast to people and other creatures. Plant leaves, stems, and roots respire at a slower rate than other parts of the plant. 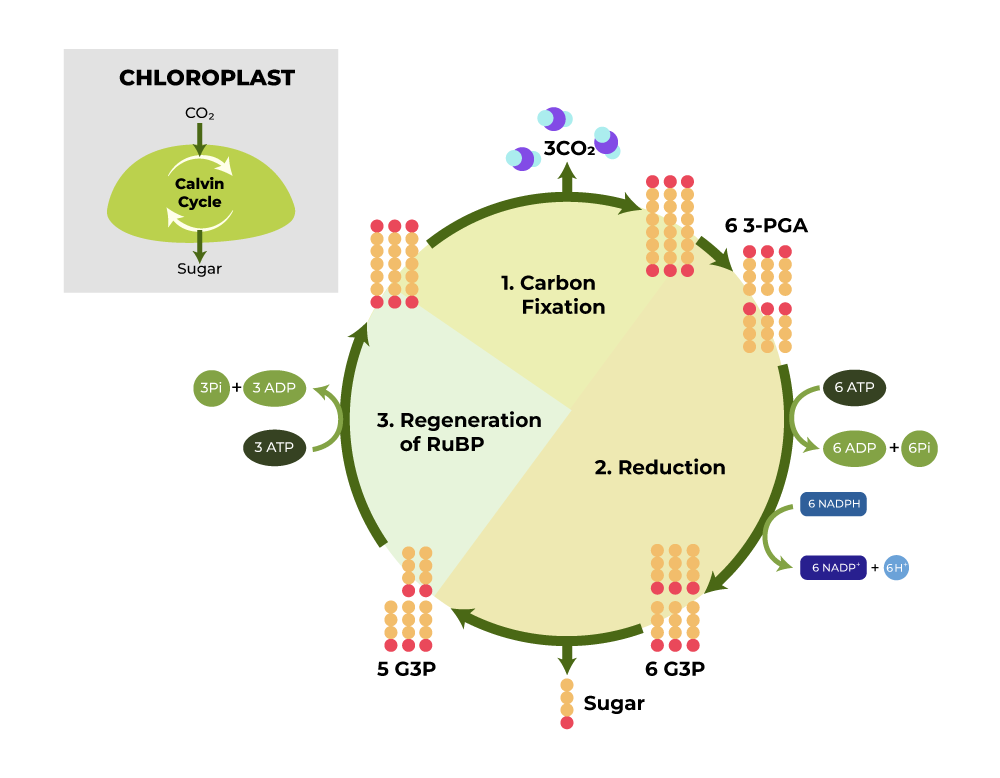 It’s an eight-step procedure. Under aerobic conditions, the Krebs cycle or TCA cycle occurs in the matrix of mitochondria.

Step 2. Isomerization of citrate to Isocitrate

Step 8. Formation and regeneration of oxaloacetate –

Question 1: What is the definition of the tricarboxylic acid cycle?

The TCA cycle is a series of chemical reactions that all aerobic organisms use to release stored energy by oxidizing acetyl CoA derived from carbohydrates, fats and proteins into ATP.

Question 2: What are the byproducts of the tricarboxylic acid cycle?

Question 3: What are the steps of the tricarboxylic acid cycle?

The TCA cycle is an eight-step pathway involved in the breakdown of organic molecules. Macromolecules such as glucose, sugars, fatty acids, amino acids, and so on cannot enter the TCA cycle directly. As a result, they must first be broken down into the two-carbon compound Acetyl CoA. After entering the TCA cycles, acetyl CoA undergoes additional chemical reactions that produce carbon dioxide and energy.

Question 4: Where does the TCA cycle take place?

Question 5: Explain the steps in the tricarboxylic acid cycle that result in the formation of fumarate. ?

Succinate is oxidized in this step to produce fumarate. In addition, two hydrogen atoms are transferred to FAD, resulting in FADH2. Because the enzyme that catalyzes this reaction is embedded in the inner membrane of mitochondria, FADH2 transfers its electrons directly to the electron transport chain (ETC).

Question 6: What are the reactions of the tricarboxylic acid cycle?

Acetyl CoA is formed when the end product of glycolysis, pyruvate, condenses with 4 carbon oxaloacetate, which is produced in the Krebs cycle or TCA cycle.

Question 7: What is the significance of the tricarboxylic acid cycle?

Although the ATP generated directly in one TCA cycle is very small (2 molecules of ATP per cycle), it indirectly contributes to the release of many ATP molecules via NADH and FADH2 produced in the cycle.

Both of these are electron carriers that deposit electrons into the electron transport chain (ETC) to drive ATP synthesis via oxidative phosphorylation.

Question 8: Why tricarboxylic acid Cycle classified as an amphibolic pathway?