Data is the most valuable and important thing in this 21′ st century. This virtual world is completely built and running with numerous amount of data. Without proper management of this huge amount of data, every single system would get crashed and broke-down. Now here comes the savior, a software that stores, organizes, and manages a large amount of information, the database management system. 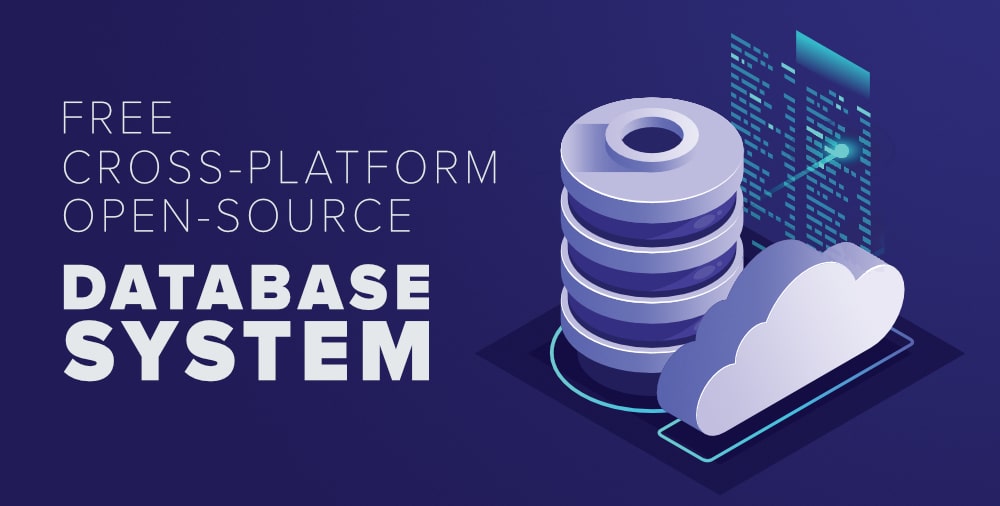 A database management system interacts with end-users and applications, to capture and analyze the data and provide a disciplined approach to make data management much easier. Due to the rapid growth in technology throughout the World, the demand for open-source and database is rising day-by-day. Below in this article, there are the top five most popular open-source databases which are absolutely free and you can implement them in any computing platforms like Windows, Mac, or Linux.

It is a cross-platformed, leading open source and free relational database management system which is dominating the software industry for the past 25 years. It is one of the most successful open-source projects with its current stable version 8.0. According to StackOverflow’s developer survey, it maintained the top spot among other DBMS. MySQL was developed by Oracle Corporation and written in C and C++ with an enormous amount of support and documentation. MySQL is used by almost every major tech giants like Facebook, Google, Twitter, YouTube, etc.

Most Useful for: MySQL is most useful for high volume websites, packaged software, and business-critical systems.

It is a powerful, Most Advanced open source object-relational database system with over 20 years of active development with a strong reputation for reliability, feature robustness, and performance. It is written in C and was developed by PostgreSQL Global Development Group and operates in most Unix OS, Windows, and several other systems. Many tech giants like Apple, Cisco, Skype, and IMDb uses PostgreSQL.

Most Useful for: PostgreSQL is a Highly reliable RDBMS with almost zero data scaling issues is most useful in banking and product-based industries.

Most Useful for: SQLiten is best suited for small-scale testing and development purposes which don’t require so many features.

In this Cloud era, MongoDB is a general-purpose, document-based, distributed database built for modern application and Used by millions of developers for the world’s most innovative products and services. MongoDB stores data in JSON-like documents which is much more expressive and powerful than the traditional row-column model. Though MongoDB is a NoSQL database it has all the power of a relational database and even more. It has a powerful query language that allows you to filter and sort by any field, no matter how nested it may be within a document. It also supports aggregations and other modern use-cases such as geo-based search, graph search, and text search.

Most useful for: MongoDB is suitable for big data projects such as eCommerce business for product catalog, social networking sites, and high-speed logging and caching.

MariaDB Server is one of the most popular free open-source relational databases made by the original developers of MySQL and guaranteed to stay open source. It can be used for a wide variety of applications, from banking to websites with much-improved query optimizer and cutting edge features. There are dynamic columns in a table and the latest version supports JSON and GIS.

Most Useful for: It is most suitable for teams and freelancers with knowledge of querying language and programming skills.

If you are a developer you have to work with the database at some time during the development process. To perform management tasks with ease, a good Database Management Systems is very much important in every software industry for their rapid growth. Without a DBMS, we might have to do data management manually which is really a very hectic and nearly impossible task. Nowadays a lot of database management software is available in the market and every database management system has its pros and cons. So, it’s important to choose the perfect one wisely depending upon the company or your project requirements.