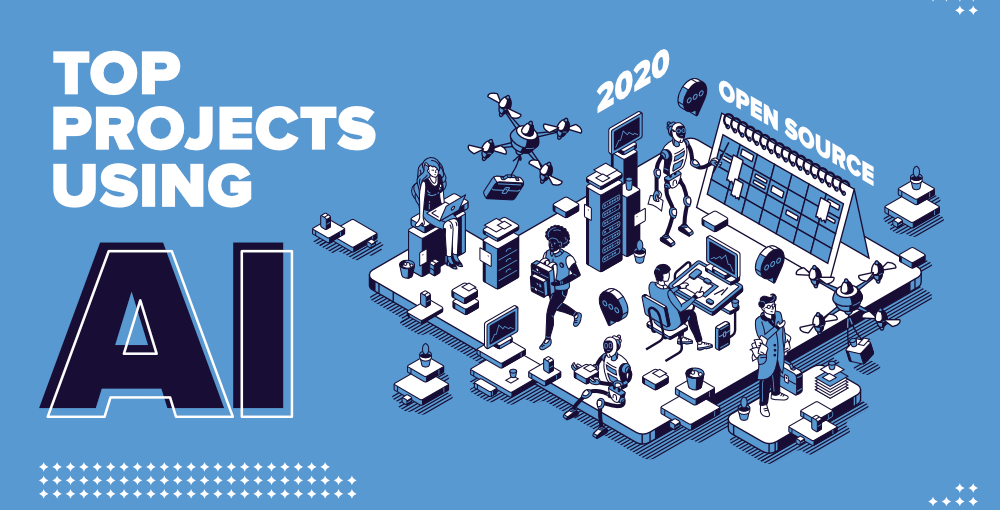 These open-source projects using AI were created by the developers in top companies such as Google, Facebook, Microsoft, IBM, etc. They are mostly groundbreaking projects that have created new innovations in the fields of Artificial Intelligence and Machine Learning. And even more important is the fact that the advances from these open-source projects have benefited the AI sector as a whole with even more funding and innovation provided for newer projects. So let’s check out these trailblazing projects now!

Google believes that open source is good for everyone as it leads to collaboration and the further development of technology. There are more than 2000 projects in the Google opensource, some of which have given birth to popular technologies. Let’s see the most famous ones:

Microsoft provides many open source projects that developers can contribute to. Some of these include the following:

IBM has open source projects across a wide breadth of technology. These are critical in pushing innovation and growth in technology into the future. The most popular IBM open-source projects include:

All of these open source projects given above have contributed a lot in the field of Artificial Intelligence. They have radically changed the way that Artificial Intelligence is used in the modern tech industry. And even more importantly, they have provided an equal footing to smaller and medium-sized companies who can use this open-source technology to enhance their AI infrastructure and compete with even the tech giants on a global level.