Chromatography is a technique used to simulate the separation of two or more dissolved solids contained within a solution in very small quantities. It is a physical process in which the solutes, that is the components of a sample mixture are segregated as a result of their differential distribution between the stationary and mobile phases. In Greek, the word ‘chroma’ means colour and ‘graphein’ is used to indicate writing. Initially, the technique was used for the separation of colours.

The substance that has to be segregated during the process of chromatography is known as an analyte. It basically refers to the component needed from the mixture. 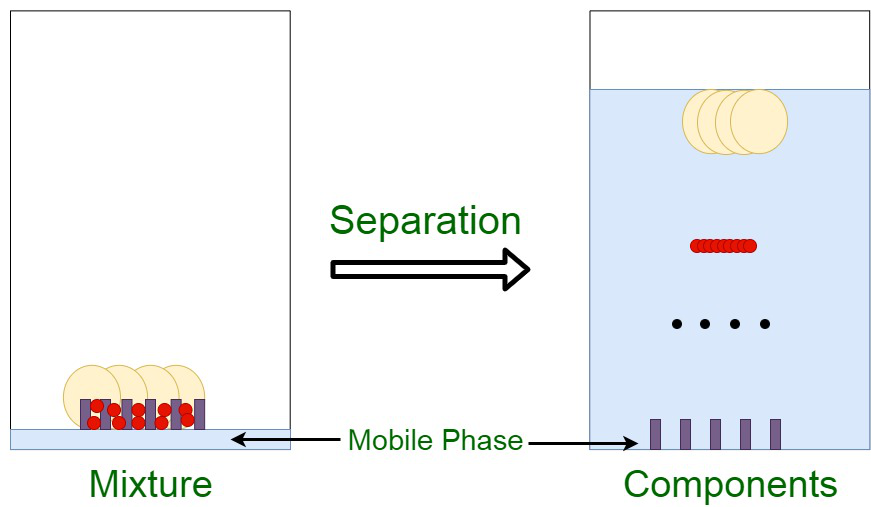 The separation technique of chromatography is dependent on the principle of partition of the constituent components between two phases – Mobile Phase and a Stationary Phase. The mobile phase is used to indicate the mixture of the substances to be separated dissolved in a liquid or a gas. The stationary phase is used to describe a porous solid matrix through which the sample present in the mobile phase percolates.

The method of chromatography is based on the fact that the dissolved substances in the same solvent may have differing solubility. The solute with a greater solubility rises faster and segregates from the mixture.

The chromatography can be classified into different types based on the following categories based on the physical state of mobile and stationary phases: 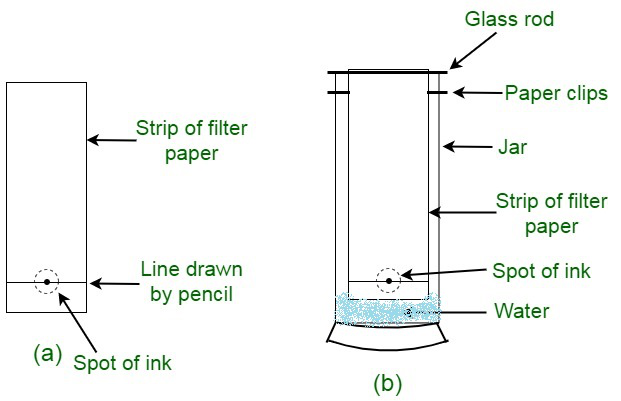 Question 1: Describe the nature of solvents used in chromatography.

The used solvents should have the following characteristics:

Solvents with low viscosity since the viscosity of a solvent is inversely proportional to the rate of solvent flow.

The following criteria is used for selection of solvents for paper chromatography :

Paper chromatography has some limitations such as:

Question 5: Explain any one detector used in HPLC.

A detector named UV-VIS detector, is used in HPLC, since it has a property of giving a specific response to a particular compound. Detector has variable wavelength range which is used for absorption by many organic compounds.

Analytics chromatography is used to determine the existence and the concentration of the substance to be separated during the process, that is analyte.