For instance, distillation is used for the separation of non-volatile substances from volatile ones or removing salt from water to prepare drinking water and purification of drugs manufactured using the chemical process.

Distillation is preferable where both solid and liquid both have to be extracted from the solution. Also known as simple distillation, it is based on the differences noticed in the volatilities and corresponding vapour pressures observed in the components of a mixture.

Fractional Distillation is used to separate miscible liquids that are volatile in nature. The boiling points of these liquids are close enough. The fractionating column apparatus is used to simulate the separation. Also known as rectification, since the vapour is condensed partially and returned as a liquid. It is basically a process where the vaporization of a liquid mixture gives rise to a mixture of constituents, followed by the extraction of the required component in its pure form.

On distillation of the liquid mixture, the partial condensation of the vapour occurs in a fractionating column.

In the column, advancing vapour from the still comes in touch with the condensing vapour that returns back to the still. This causes the enrichment of vapour with the more volatile component.

By constant condensation and heating of the vapour, an equilibrium is achieved between liquid and vapour. This results in the extraction of a more volatile component from the mixture. 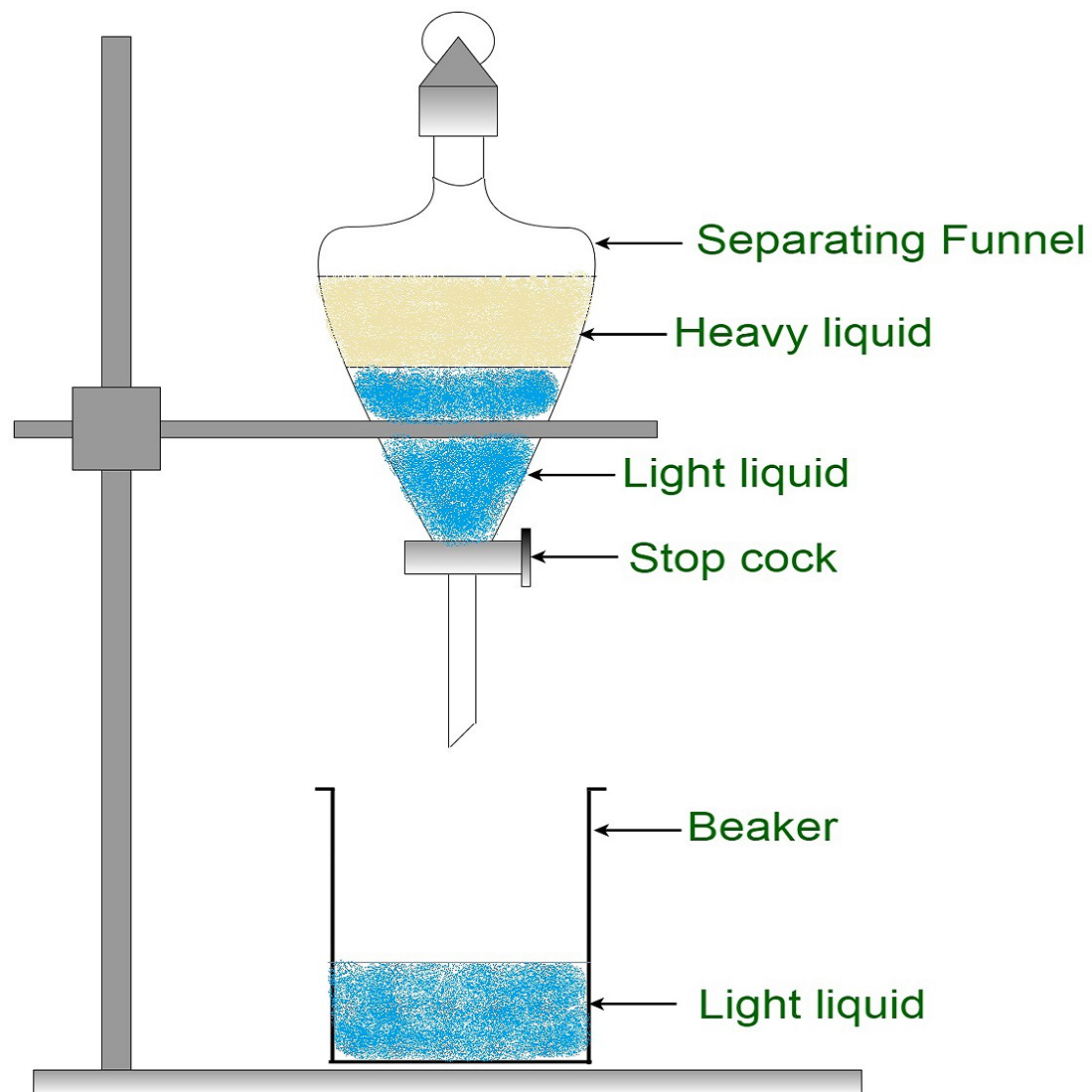 A separating funnel is used for the separation of components of a mixture between two immiscible liquid phases. One phase is the aqueous phase and the other phase is an organic solvent. This separation is based on the differences in the densities of the liquids. The liquid having more density forms the lower layer and the liquid having less density forms the upper layer.

Question 1. How can you separate two liquids that have less than 25 K difference of boiling points?

To separate a mixture of two or more miscible liquids for which the difference in boiling points is less than 25 K is fractional distillation.

Question 2. How will you separate a mixture of oil and water?

Question 3. Can we separate alcohol dissolved in water by using a separating funnel? If yes, then describe the procedure. Of not, explain.

No, being miscible they cannot be separated by using a separating funnel.

Question 6. Differentiate between miscible and immiscible liquids. Give an example of each.

Question 7. How separating funnel is useful in extraction of iron from its ore?

The principle behind separating funnel is that immiscible liquids separate out in layers depending on their densities. In the extraction of iron ore, the lighter stag is removed from the top by this method to leave the molten iron at the bottom in a furnace.