Similarly, if a member or method or interface is declared as public then we can access that member from anywhere.

This modifier is not applicable for top-level classes or interfaces. It is only applicable to constructor, methods, and fields inside the classes. 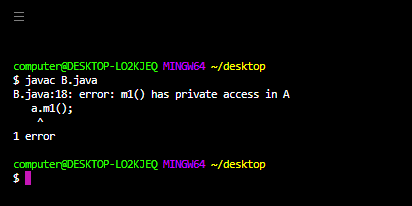