PostgreSQL allows the users to extend the database functionality with the help of user-defined functions and stored procedures through various procedural language elements, which are often referred to as stored procedures.

It is possible to call a Procedural code block using the DO command without defining a function or stored procedure.

The stored procedures bring many advantages as follows:

Besides the advantages of using stored procedures, there are some caveats:

We will use the following accounts table for the demonstration:

The following query will show the table data:

That depicts the result as shown below: 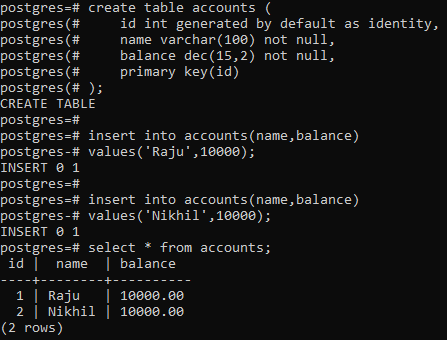 The following query creates a stored procedure named transfer that transfers a specified amount of money from one account to another.

To call a stored procedure, you use the CALL statement as follows:

The following statement verifies the data in the accounts table after the transfer: 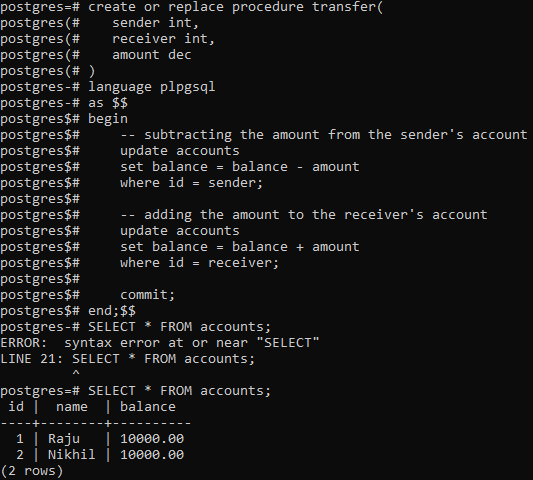