In PostgreSQL, the EXCEPT operator is used to return distinct rows from the first (left) query that are not in the output of the second (right) query while comparing result sets of two or more queries.

The below rules must be obeyed while using the EXCEPT operator:

The below Venn diagram illustrates the result of EXCEPT operator: 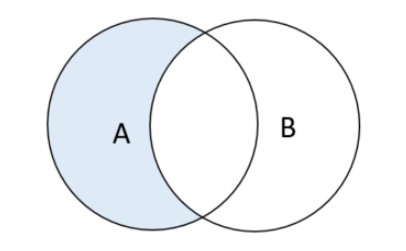 For the sake of this article we will be using the sample DVD rental database, which is explained here and can be downloaded by clicking on this link in our examples.

Example 1:
Here we will query for films that are not in the inventory using EXCEPT operator from data of the “film” and “inventory” tables of our sample database and sort them using ORDER BY clause based on the film title. 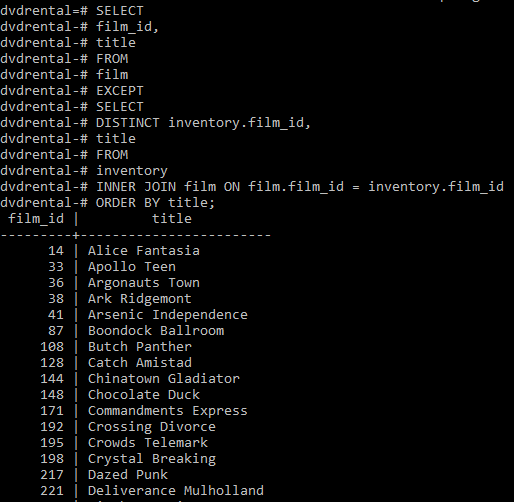 Example 2:
Here we will query for films that are only in the English Language (ie, language_id = 1) using EXCEPT operator from data of the “film” and “language” tables of our sample database and sort them using the ORDER BY clause based on the film title. 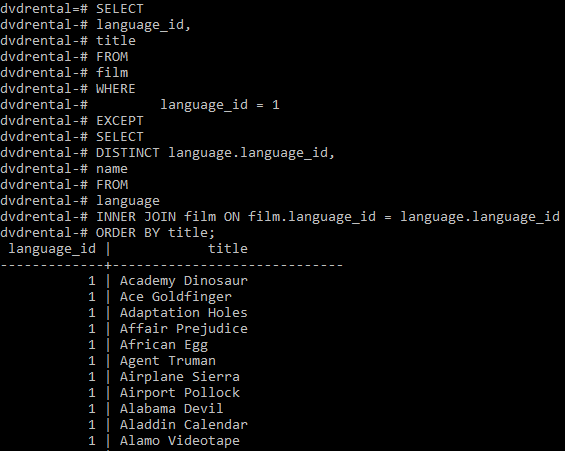