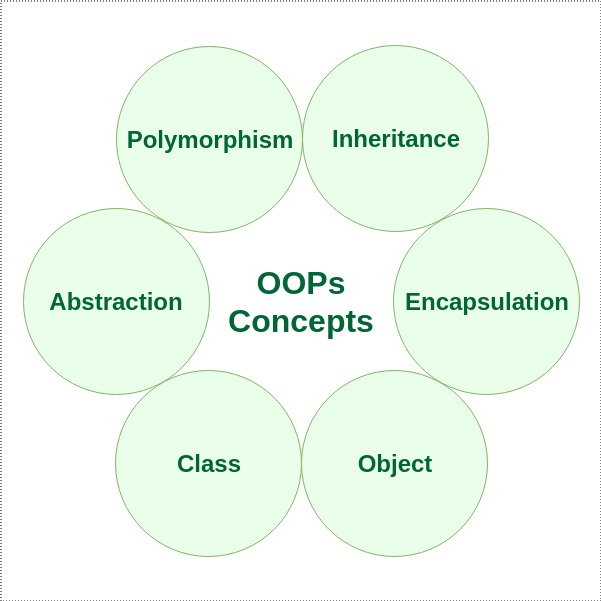 Let us learn about the different characteristics of an Object Oriented Programming language: