Node.js is an open-source and cross-platform runtime environment built on Chrome’s V8 JavaScript engine for executing JavaScript code outside of a browser. You need to recollect that NodeJS isn’t a framework, and it’s not a programing language. In this article, we will discuss what is middleware in express.js 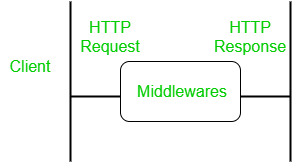 The next() function in the express is responsible for calling the next middleware function if there is one.

In the above case, the incoming request is modified and various operations are performed using several middlewares, and middleware is chained using the next function. The router sends the response back to the browser.

Middleware Syntax: The basic syntax for the middleware functions are as follows –

The middle part (req,res,next)=>{} is the middleware function. Here we generally perform the actions required before the user is allowed to view the webpage or call the data and many other functions. So let us create our own middleware and see its uses.

Let us create our middleware and see that how it executes.

Step 1: Go to your project directory and enter the following command to create a NodeJs project. Make sure that NodeJs is installed in your machine.

It will create a package.json file.

Step 3: In the scripts section of the package.json file, add the following code line.

Step 4: Create an index.js file in the directory. Make sure that it is not inside any subdirectories of the directory you are working in. 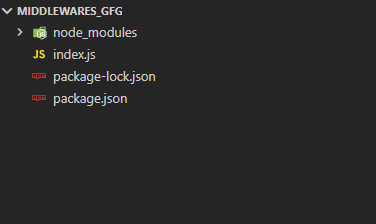 Now we will set up our express app and send a response to our server.

Here is the code for the index.js file.

Step to run the application: Run the code by entering the following command on the terminal.

Create a Middleware: In the app.get() function, modify according to the following code. 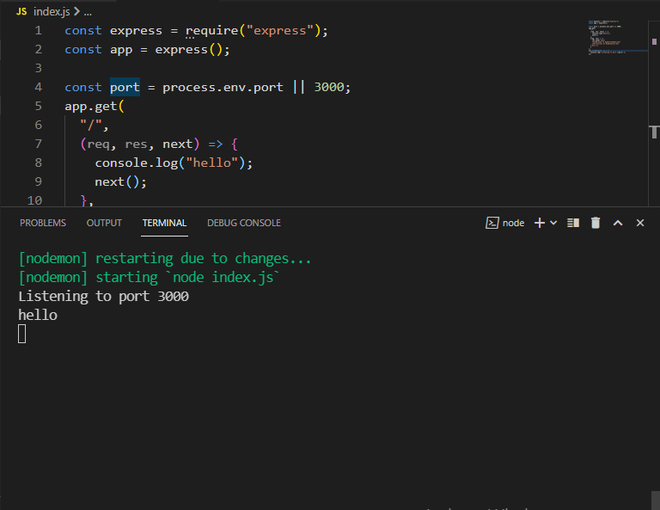 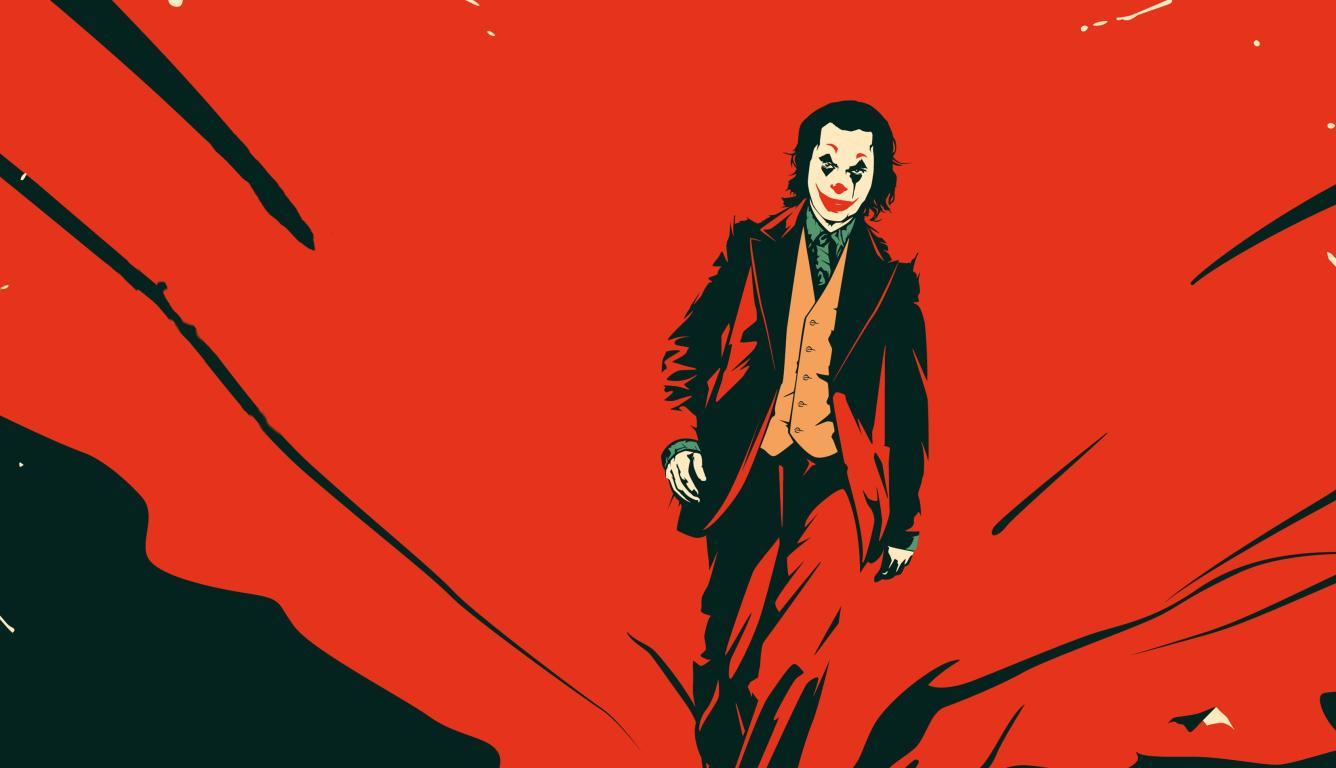