Merge sort is a sorting algorithm that works by dividing an array into smaller subarrays, sorting each subarray, and then merging the sorted subarrays back together to form the final sorted array.

In simple terms, we can say that the process of merge sort is to divide the array into two halves, sort each half, and then merge the sorted halves back together. This process is repeated until the entire array is sorted.

One thing that you might wonder is what is the specialty of this algorithm. We already have a number of sorting algorithms then why do we need this algorithm? One of the main advantages of merge sort is that it has a time complexity of O(n log n), which means it can sort large arrays relatively quickly. It is also a stable sort, which means that the order of elements with equal values is preserved during the sort.

Merge sort is a popular choice for sorting large datasets because it is relatively efficient and easy to implement. It is often used in conjunction with other algorithms, such as quicksort, to improve the overall performance of a sorting routine.

Think of it as a recursive algorithm continuously splits the array in half until it cannot be further divided. This means that if the array becomes empty or has only one element left, the dividing will stop, i.e. it is the base case to stop the recursion. If the array has multiple elements, split the array into halves and recursively invoke the merge sort on each of the halves. Finally, when both halves are sorted, the merge operation is applied. Merge operation is the process of taking two smaller sorted arrays and combining them to eventually make a larger one. 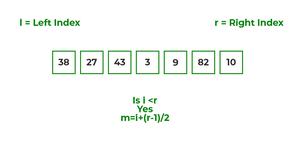 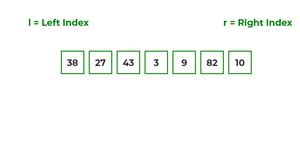 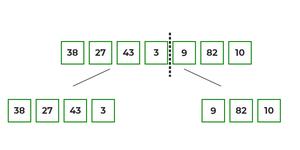 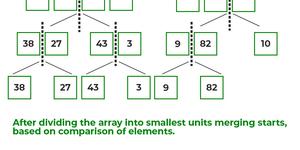 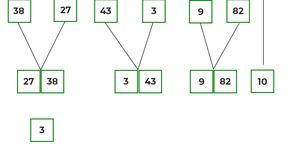 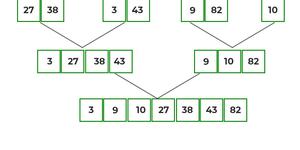 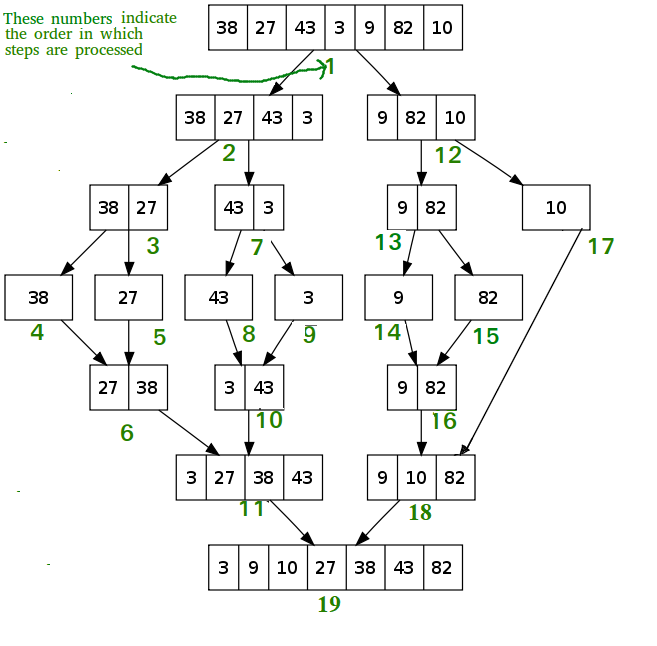 The above recurrence can be solved either using the Recurrence Tree method or the Master method. It falls in case II of the Master Method and the solution of the recurrence is θ(Nlog(N)). The time complexity of Merge Sort isθ(Nlog(N)) in all 3 cases (worst, average, and best) as merge sort always divides the array into two halves and takes linear time to merge two halves.

Auxiliary Space: O(n), In merge sort all elements are copied into an auxiliary array. So N auxiliary space is required for merge sort.

Is Merge sort In Place?

No, In merge sort the merging step requires extra space to store the elements.

How can we make Merge sort more efficient?

pass merges segments of size 2i-1. Thus, the total number of passes is [log2n]. As merge showed, we can merge two sorted segments in linear time, which means that each pass takes O(n) time. Since there are [log2n] passes, the total computing time is O(nlogn).

Solution of the drawback for additional storage:

Prepare for Amazon & other Product Based Companies

Prepare for Paytm & other Product Based Companies