Matter is Made of Tiny Particles

In our surroundings, we come across different shapes, sizes, heights, structures, and textures. According to scientists everything in this universe is made up of a material called Matter. We can see that matter occupies some space and mass, in another way we can say that matter has some ‘volume’ and ‘mass’. However, in ancient times there was no clue to the scientists therefore at that time Indian Philosophers believed that everything in this universe either living or non-living can be divided into Panch Tattvas i.e. Air, Water, Fire, Sky, and Earth.

From a tiny needle to the highest statue of the world, everything is made up of matter which is beautifully named as particles by our scientists. In fact, everything in this Universe is a matter be it a drop of water, twinkling stars, or favorite food, but emotions like love, hate, hurt, etc. are feelings but do not matter.

In this article, we will understand the matter, its properties, and its constituents with a real example.

Every one of you must have seen Sunlight coming to your house through a small window, door, etc. Have you ever noticed the tiny particles that come along with sunlight? If, yes bravo because now you know that those tiny particles are called the matter and in case you have not noticed, please have a look because we human beings understand things easily with a practical example.

The matter is defined as everything that has mass and takes up space. Different types of matter include pens, paper, clips, sand, air, ice, and so on. Every substance is made up of microscopic particles.

These particles are so small that they are invisible to the human eye. Let’s look at the many properties of matter particles.

Important Point : Both sugar and salt are made up of very small particle which break off from each sugar granule and get disappeared in water on dissolving, that’s why solution tastes sweet, but particle cannot be seen, this shows that water have enough space to adjust (dissolve) tiny sugar or salt particle.

From early times, we human beings are researching to create a basic understanding of the surroundings. Centuries ago,  Indian philosophers classified matter into five elements i.e the Panch Tatva– air, earth, fire, sky, and water. They stated that everything, living or nonliving, was made up of these five basic elements. Ancient Greek philosophers had arrived at a similar classification of matter.

Modern-day scientists have evolved two types of classification of matter based on their physical properties and chemical nature.

(1) Classification Based on Physical Nature 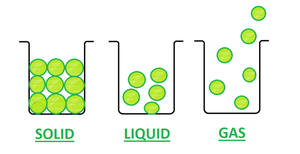 Now, let’s study the properties of the three major states of the matter in detail. 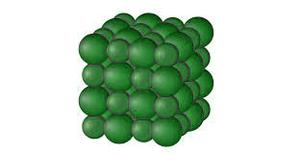 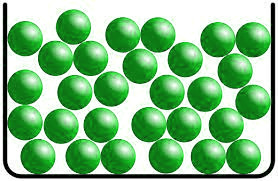 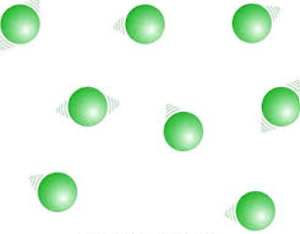 (2) Classification Based on Chemical Nature

Problem 1: How Small are particles of Matter?

These particles are very small even beyond our imagination, and they cannot be seen from naked eyes. In simple words, the matter is something that has mass and occupies space. The matter is a combination of particles.

Problem 2: What do you mean by matter?

Problem 3: Mention some characteristics of matter.

The characteristics are as follows:-

Problem 4: When 50 g of salt is dissolved in 100 mL of water, there is no increase in volume. What characteristic of matter is illustrated by this observation?

This observation indicates that particles of water have spaces between them into which sugar particles fit.

Problem 5: Gases fill the vessel in which they are kept. Give reasons.

In the gaseous state, particles move freely and have greater space between them. So they occupy the entire space available. Hence, gases fill the vessel in which they are kept.

Previous
Introduction to Scratch Programming
Next
Properties of Metals, Non-metals and Metalloids
Related Articles
1. Charged Particles in Matter
2. Calculate the Number of Particles per unit cell of a Cubic Crystal System
3. Classification of Matter
4. Changing States of Matter
5. Difference between Rigidity and Fluidity of Matter
6. Liquid State of Matter
7. What is Matter? - Definition, States, Classification and Properties
8. Properties of Matter and their Measurement
9. What are Living Organisms Made Up of?
10. Are Plants and Animals Made of Same Types of Tissues?
Article Contributed By :