A computer network is a collection of two or more computer systems that are linked together. A network connection can be established using either cable or wireless media. Hardware and software are used to connect computers and tools in any network.

A computer network consists of various kinds of nodes. Servers, networking hardware, personal computers, and other specialized or general-purpose hosts can all be nodes in a computer network. Hostnames and network addresses are used to identify them. A node can be a computer, printer, or any other device capable of sending and receiving data generated by other nodes in the network.

LAN stands for Local-area Network. It is a computer network that covers a relatively small area such as within a building or campus of up to a few kilometers in size. LANs are generally used to connect personal computers and workstations in company offices to share common resources, like printers, and exchange information.

LAN switching is a technology that promises to increase the efficiency of local area networks and solve the current bandwidth problems.  Examples of Lan Switching are as follows: 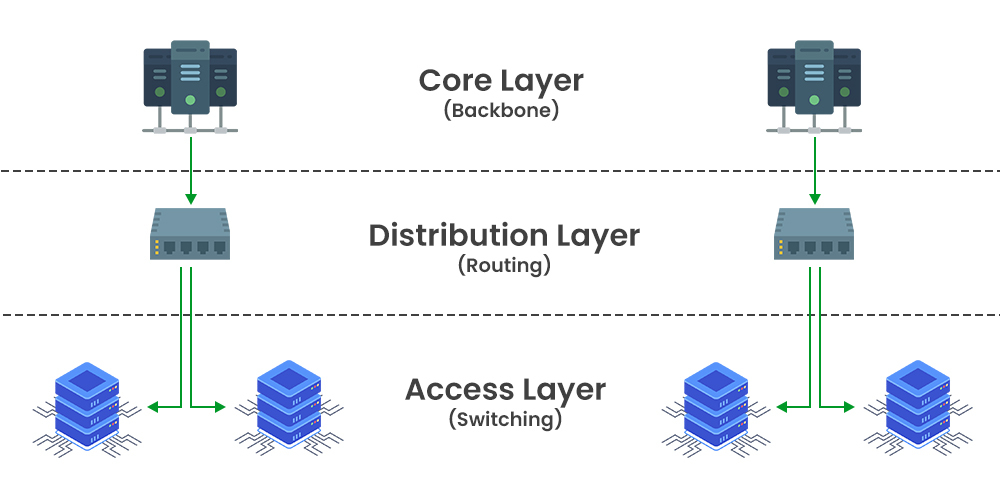 How can LAN switching help?

LAN switching technology addresses the existing issues of the bandwidth and helps to improve the overall efficiency of the LAN. They also provide interconnection between all the other nodes in that area network.

Benefits of LAN switching over other switching techniques?

LAN switching provides increased scalability which means the network can be expanded as per our requirements. In LAN switching many simultaneous connections can be done. In LAN since all nodes are connected to each other the chances of failure are very less.