Radio Frequency Identification (RFID) is a method that is used to track or identify an object by radio transmission uses over the web. Data digitally encoded in an RFID tag which might be read by the reader. This is device work as a tag or label during which data read from tags that are stored in the database through the reader as compared to traditional barcodes and QR codes. It is often read outside the road of sight either passive or active RFID. 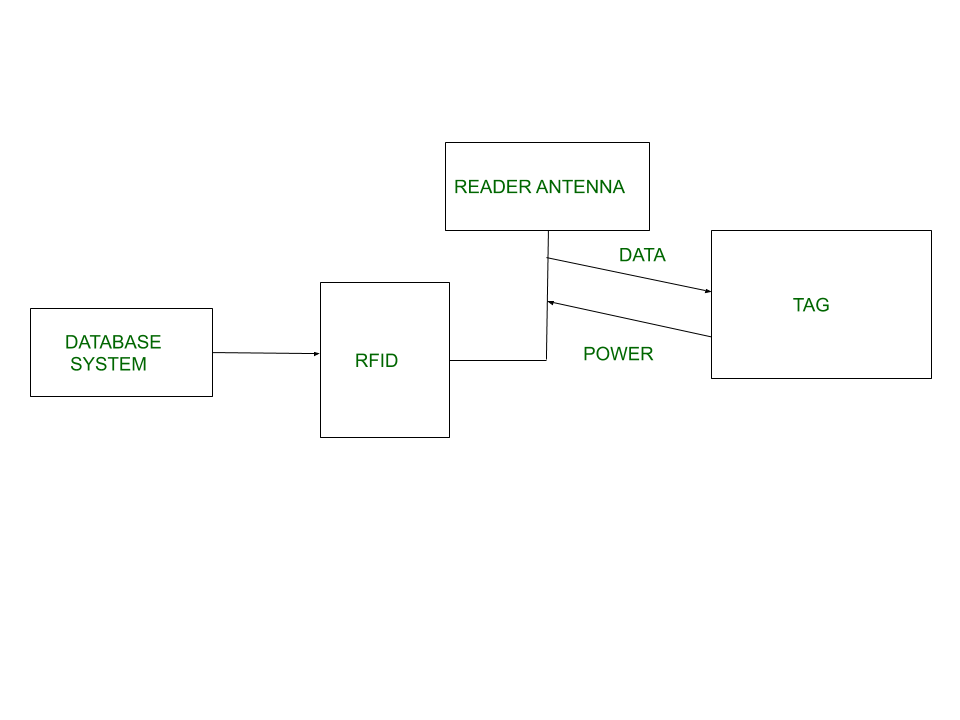 Kinds of RFID :
There are many kinds of RFID, each with different properties, but perhaps the most fascinating aspect of RFID technology is that most RFID tags have neither an electric plug nor a battery. Instead, all of the energy needed to operate them is supplied in the form of radio waves by RFID readers. This technology is called passive RFID to distinguish it from the(less common) active RFID in which there is a power source on the tag.

UHF RHID ( Ultra-High Frequency RFID ). It is used on shipping pallets and some driver’s licenses. Readers send signals in the 902-928 MHz band. Tags communicate at distances of several meters by changing the way they reflect the reader signals; the reader is able to pick up these reflections. This way of operating is called backscatter.

HF RFID (High-Frequency RFID ). It operates at 13.56 MHz and is likely to be in your passport, credit cards, books, and noncontact payment systems. HF RFID has a short-range, typically a meter or less because the physical mechanism is based on induction rather than backscatter.

There are also other forms of RFID using other frequencies, such as LF RFID(Low-Frequency RFID), which was developed before HF RFID and used for animal tracking

There are two types of RFID :

An antenna is an device which converts power into radio waves which are used for communication between reader and tag. RFID readers retrieve the information from RFID tag which detects the tag and reads or writes the data into the tag. It may include one processor, package, storage and transmitter and receiver unit.