Internal working of Set in Python

Sets and their working Set in Python can be defined as the collection of items. In Python, these are basically used to include membership testing and eliminating duplicate entries. The data structure used in this is Hashing, a popular technique to perform insertion, deletion and traversal in O(1) on average. The operations on Hash Table are some what similar to Linked List. Sets in python are unordered list with duplicate elements removed.

Basic Methods on Sets are:-

Checking if an item is in : Time complexity of this operation is O(1) on average. However in worst case it can become O(n).

Adding elements:- Insertion in set is done through set.add() function, where an appropriate record value is created to store in the hash table. Same as checking for an item, i.e., O(1) on average. However in worst case it can become O(n).

Union:- Two sets can be merged using union() function or | operator. Both Hash Table values are accessed and traversed with merge operation perform on them to combine the elements, at the same time duplicates are removed. Time Complexity of this is O(len(s1) + len(s2)) where s1 and s2 are two sets whose union needs to be done.

Intersection:- This can be done through intersection() or & operator. Common Elements are selected. They are similar to iteration over the Hash lists and combining the same values on both the Table. Time Complexity of this is O(min(len(s1), len(s2)) where s1 and s2 are two sets whose union needs to be done.

Symmetric Difference:- To find element in both the sets except the common elements. ^ operator is used. Time complexity of s1^s2 is O(len(s1))

If Multiple values are present at the same index position, then the value is appended to that index position, to form a Linked List. In, Python Sets are implemented using dictionary with dummy variables, where key beings the members set with greater optimizations to the time complexity. Set Implementation:- 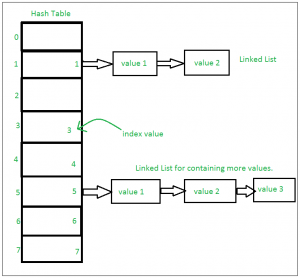 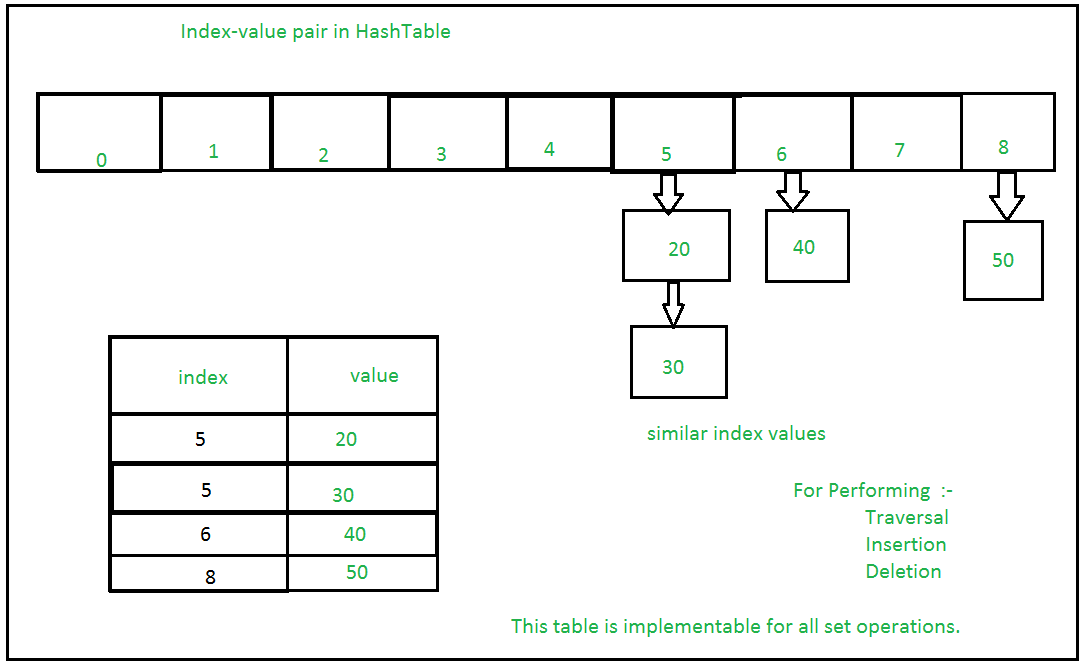