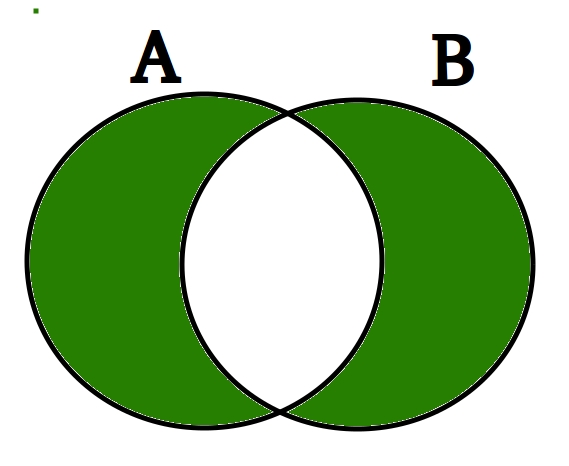 Symmetric Difference is marked in Green

In this program we will try to find the symmetric difference between two sets:

There is also another method to get the symmetric difference between two sets, by the use of an operator “^“.
Example: