Contiguous Memory Management Techniques: In this technique, memory is allotted in a continuous way to the processes. It has two types: 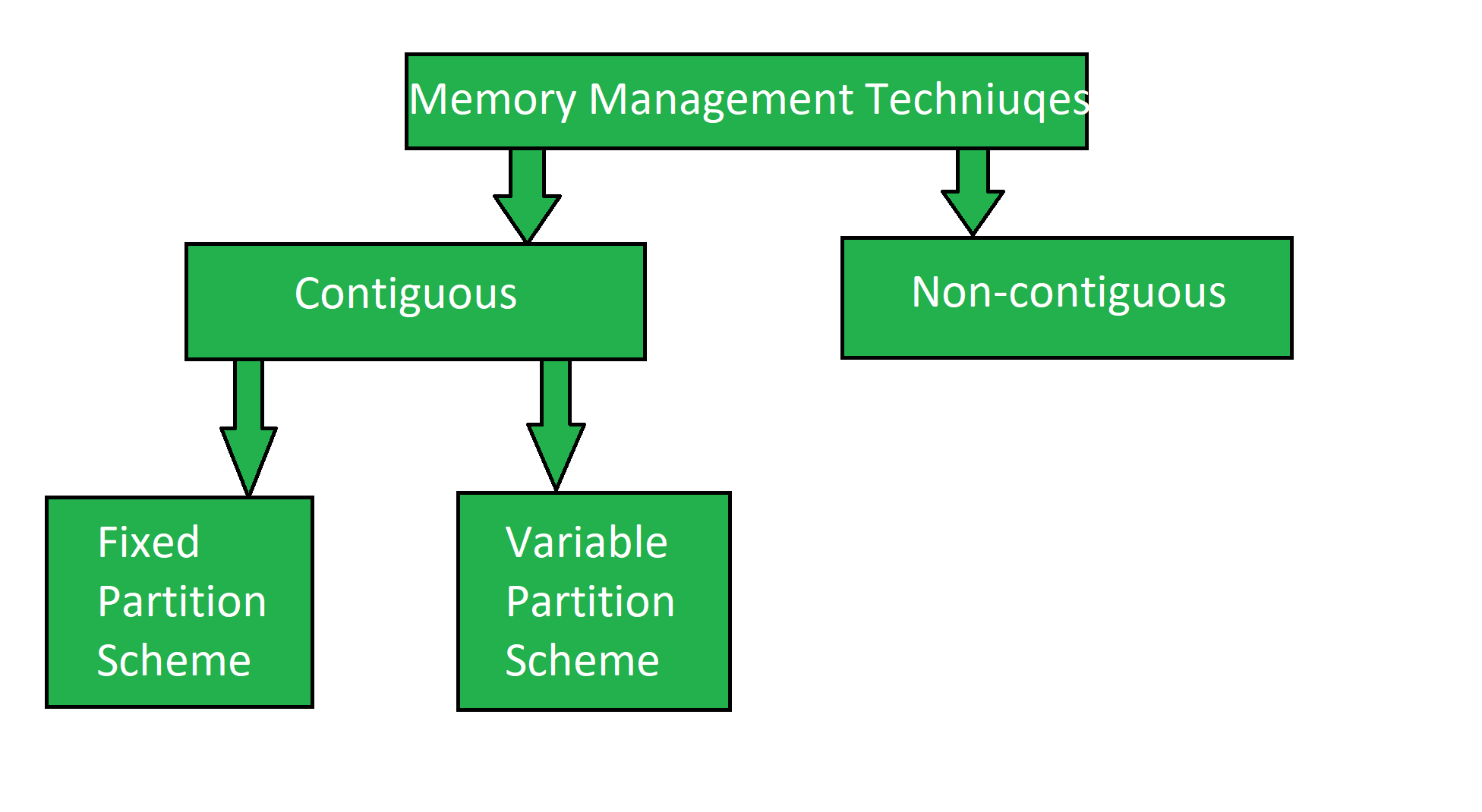 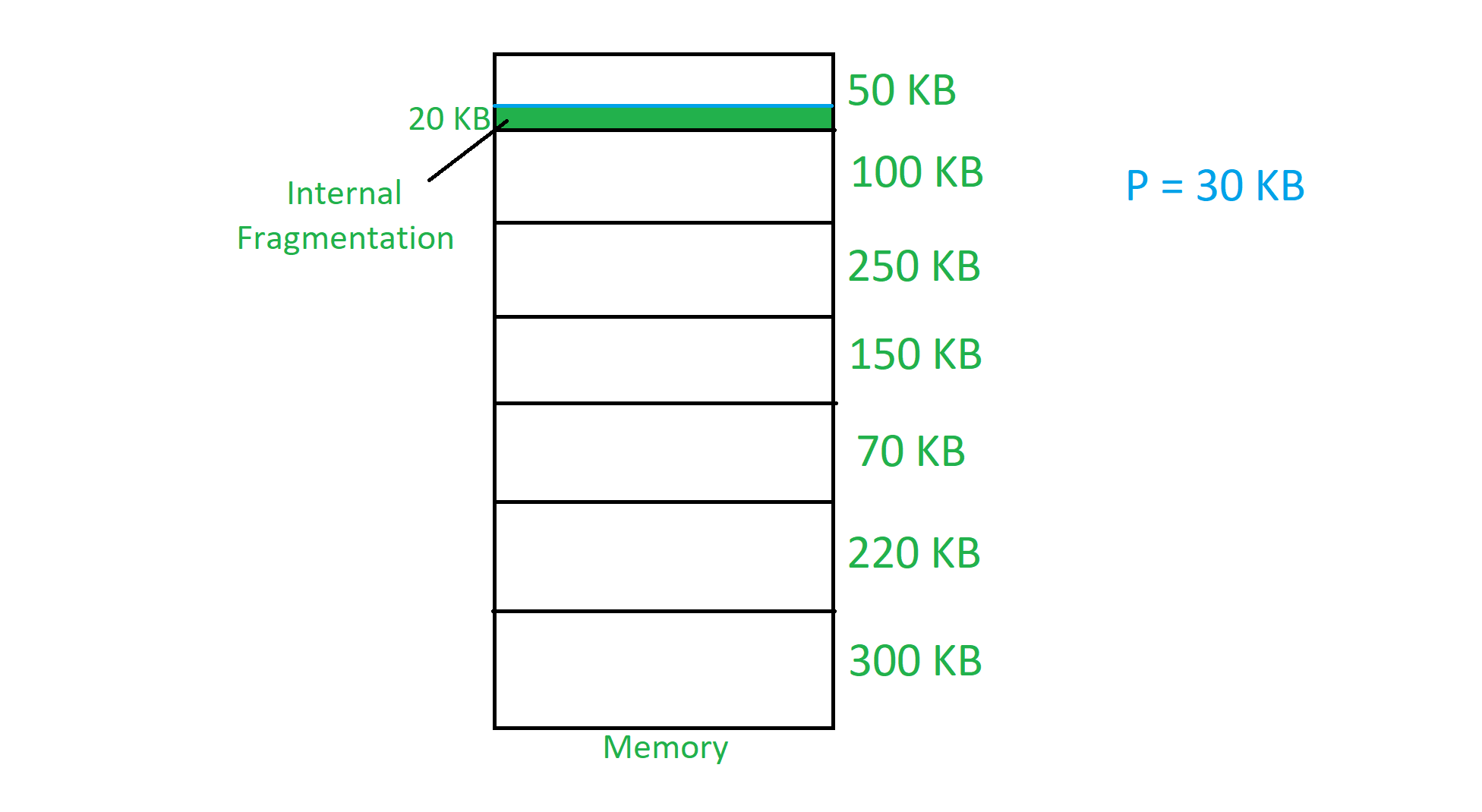 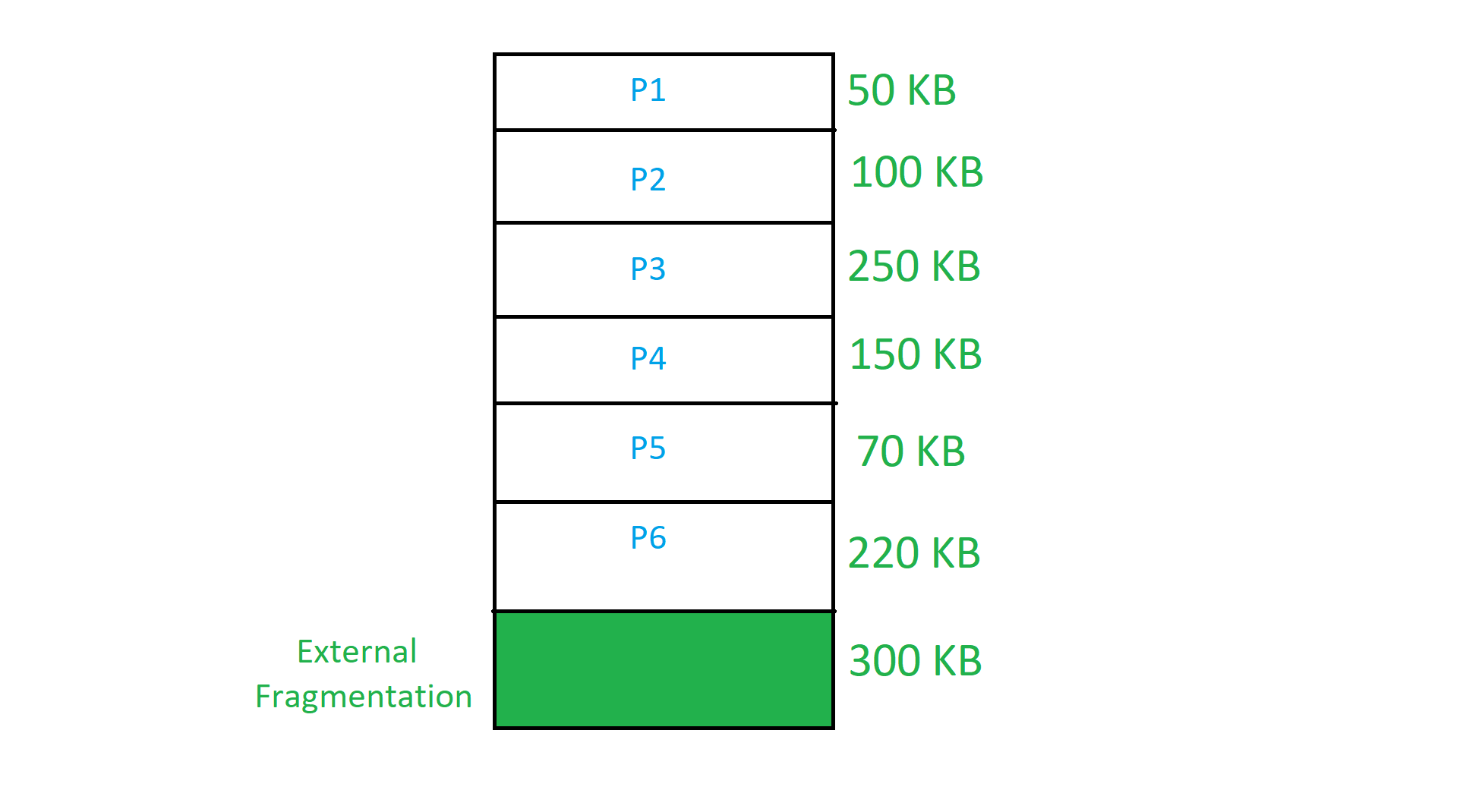 External Fragmentation is found in variable partition scheme. To overcome the problem of external fragmentation, compaction technique is used or non-contiguous memory management techniques are used.

1. Compaction: Moving all the processes toward the top or towards the bottom to make free available memory in a single continuous place is called compaction. Compaction is undesirable to implement because it interrupts all the running processes in the memory.