Given a number N, the task is to print the Nth Hogben number.

Hogben Number: In a spiral arrangement of the integers, Hogben Numbers appear on the main diagonal (see the picture below). 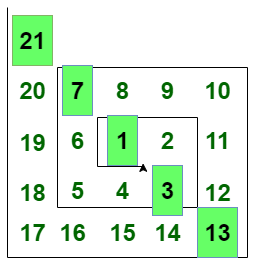 Input: N = 4
Output: 3
Explanation:
The 4th Hogben number that lies on the diagonal of the spiral pattern is 13.

Input: N = 7
Output: 43
Explanation:
The 7th Hogben number that lies on the diagonal of the spiral pattern is 43.