Find the first circular tour that visits all petrol pumps

Given information about N petrol pumps (say arr[]) that are present in a circular path. The information consists of the distance of the next petrol pump from the current one (in arr[i][0]) and the amount of petrol stored in that petrol pump (in arr[i][1]). Consider a truck with infinite capacity that consumes 1 unit of petrol to travel 1 unit distance. The task is to find the index of the first starting point such that the truck can visit all the petrol pumps and come back to that starting point.

Note: Return -1 if no such tour exists.

As the capacity of the truck is infinite it is feasible to fill the truck with all the amount of petrol available at each petrol pump.

Instead of checking the whole array for each starting point, we can store the current tour inside a queue.

Instead of building a separate queue, we can use the array itself as a queue with the help of start and end pointers.

Note: Each petrol pump will be added in the queue at most twice and will be removed at most once. 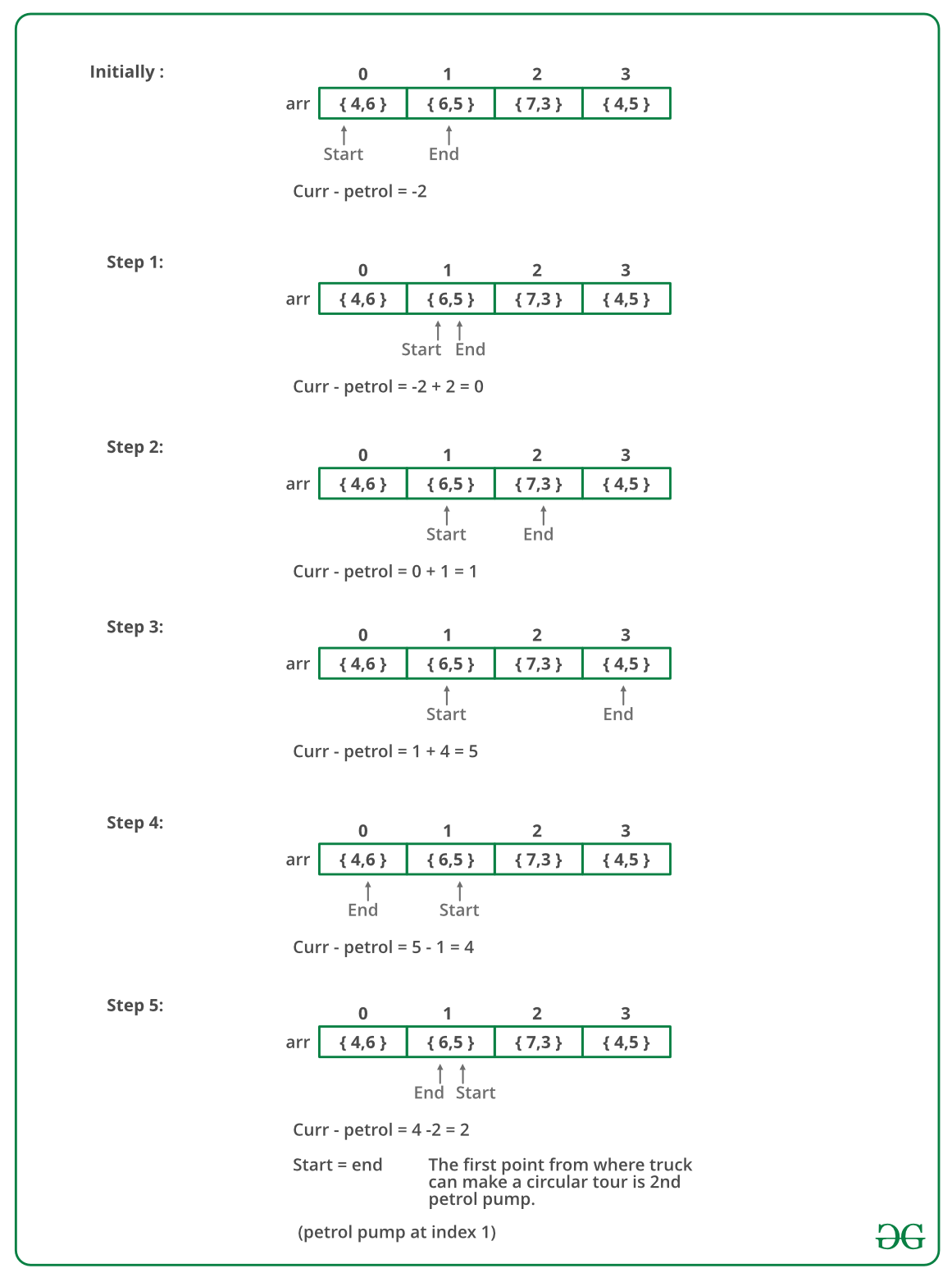 Another efficient solution can be to find out the first petrol pump where the amount of petrol is greater than or equal to the distance to be covered to reach the next petrol pump.

Mark that petrol pump as start and check whether we can finish the journey towards the end point.

Let us discuss why we need not look at any petrol pump in between the initial petrol pump marked as start and the new start.

Let us consider there was a petrol pump at kth position between the old start and new start. This petrol pump will break the range into two parts. The case is that

In the first and the last case we will not be able to reach the new start point.

The idea is similar to the above approach.

Here we will use another variable to substitute the extra loop from start till the latest found start point. The variable will store the sum of utilized petrol from 0 till the latest start petrol pump.