Before we move to file globbing, let’s understand what are wildcard patterns, these are the patterns containing strings like ‘?’, ‘*’

File globbing is the operation that recognizes these patterns and does the job of file path expansion.

See the below example for clear understanding, 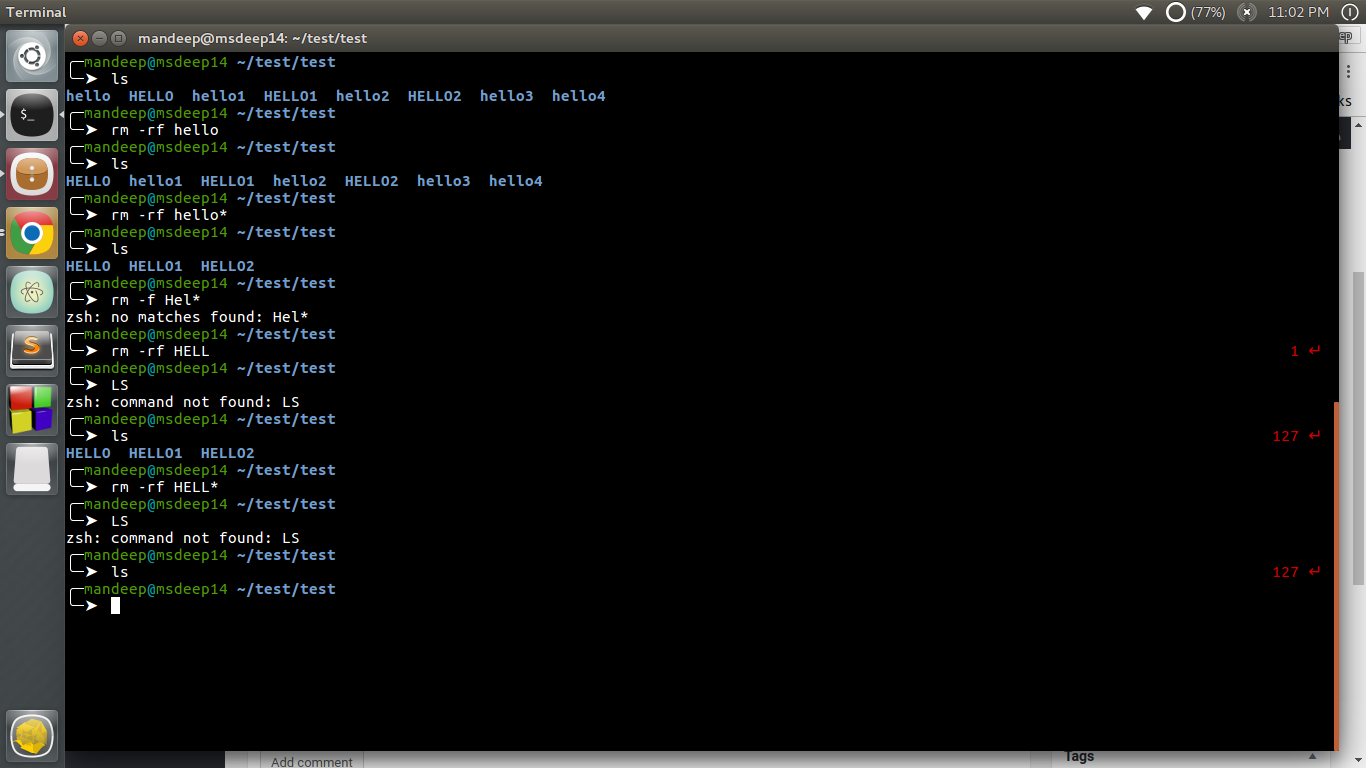 If you observe the image above, I created several directories whose starting characters are HELLO and hello, and then tried to delete these directories.

When I used rm -rf hello*, it deleted the directories hello1, hello2, hello3, the ‘*’ symbol used after ‘hello’ recognizes the first characters as ‘hello’ and then zero or more occurrences of any other characters.

1) asterisk (*)
* is used to match any number of characters(zero or more), to understand more you can refer to the example taken above.

2) question mark(?)
? is used to match exactly one character. 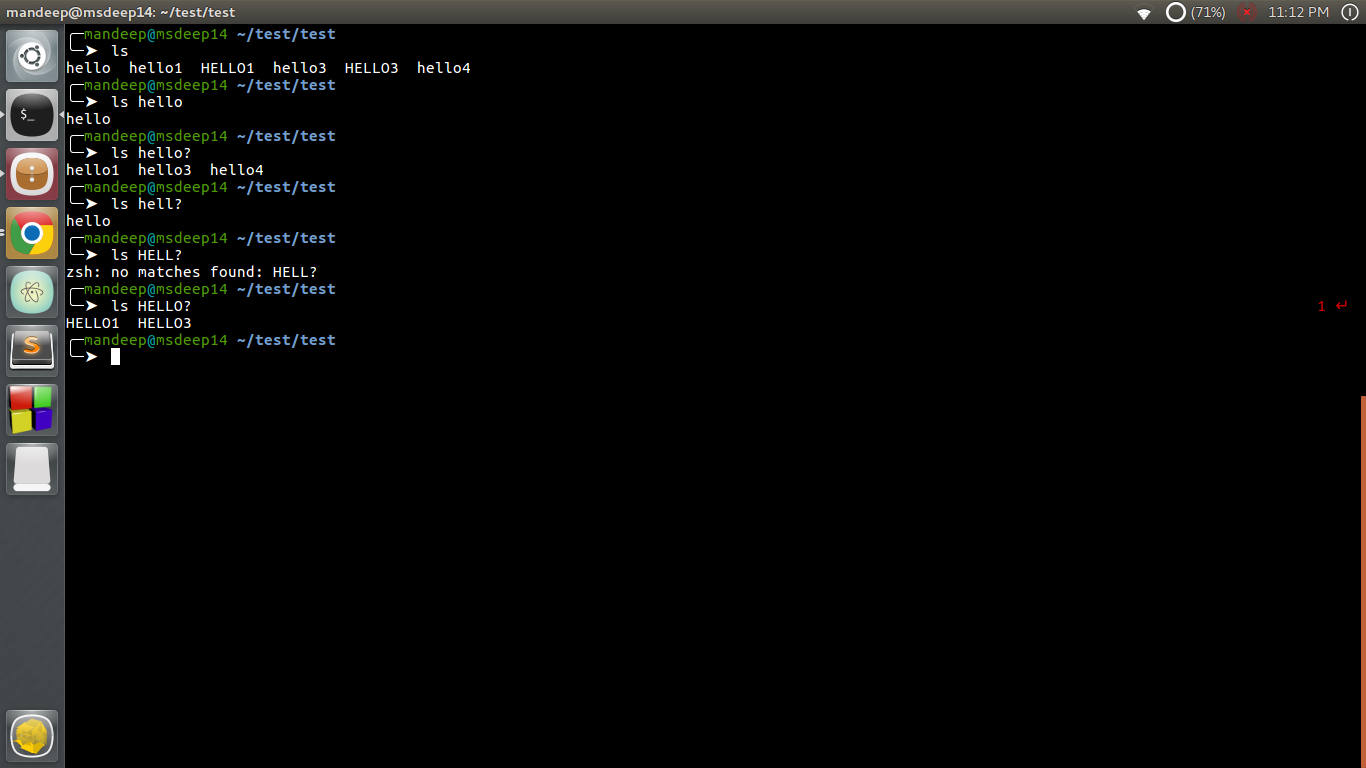 In the above image, you can observe that ‘?’ can match exactly one character and is used at the end of the line.
So using ‘hello?’ will match all files or directories whose starting characters are ‘hello’ and it will recognize one more character.

3) Square Brackets []
Square brackets are used to match the characters inside [], refer below image, 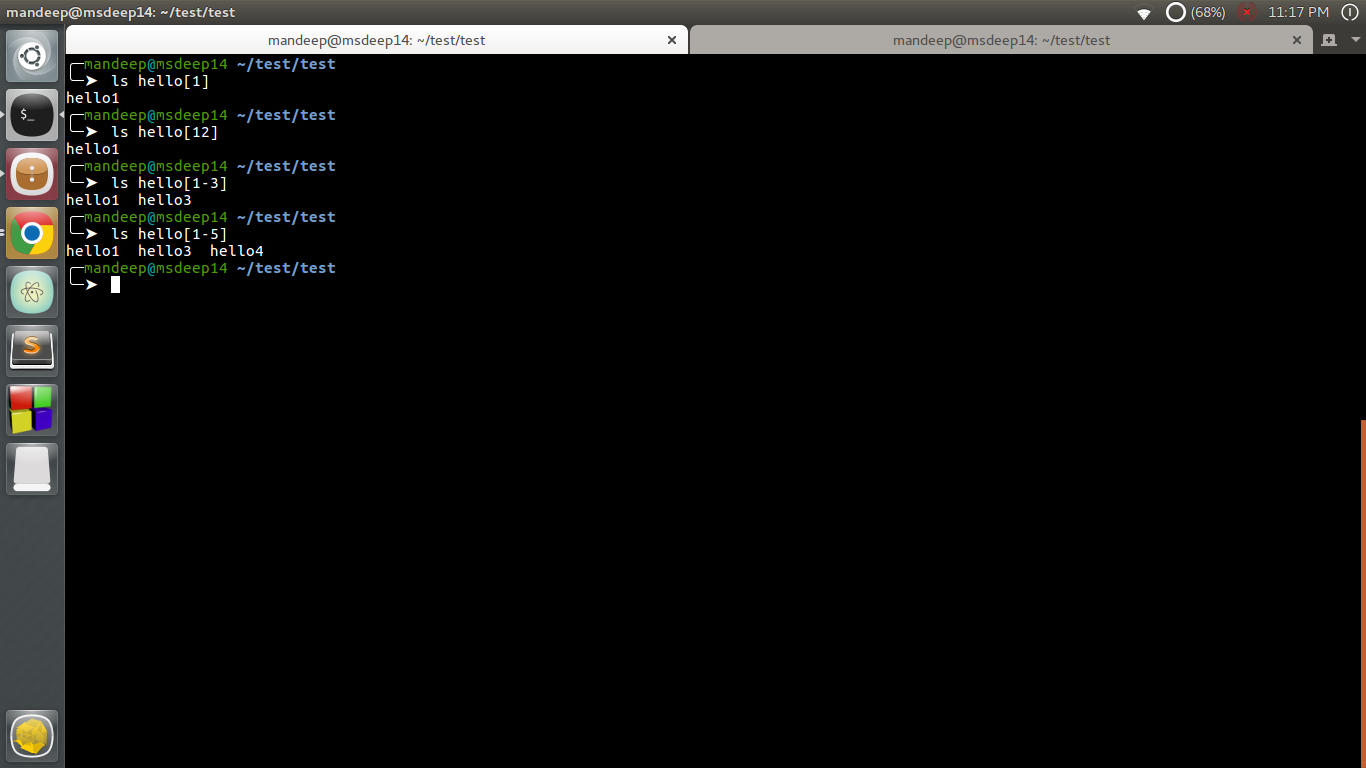 [] can be used to match exact characters or you can also specify a range, like in the above example, using ‘hello[1-5]’ will display all files and directories starting with ‘hello’, then the next character can be a number from 1 to 5.

4) exclamation mark (!)
! is used to exclude characters from the list that is specified within the square brackets.

It is used to print named values. Their interpretation depends on the LC_CTYPE locale; Some of them are listed below.

Note: They can be used with asterisk (*) ,question mark(?) or square brackets([]) to generate useful outputs.

Note: Any combinations of *, ? Can be used with any named class. 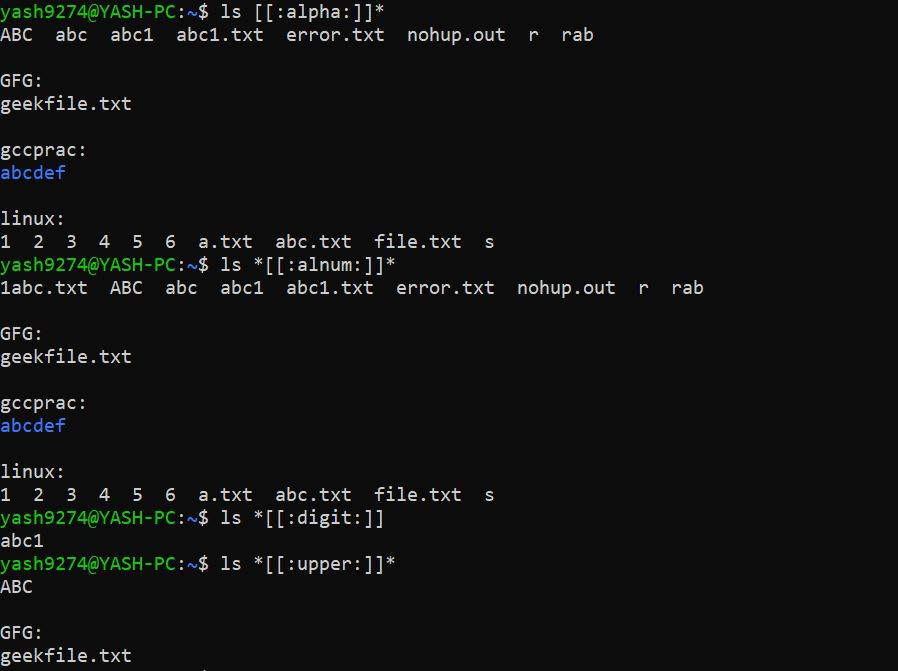