Timestamps are records for the times in which actions are performed on files. A timestamp is useful because it keeps records of when a file was accessed, modified, or added. Linux’s files have 3 timestamps recorded by the computer:

In Linux, a timestamp is actually stored as a number of seconds instead of a date and time. This number of seconds refers to the amount of time since 00:00:00 on January 1, 1970, which is the time of Unix Epoch. However, when a user wants a timestamp to be displayed, Linux will translate it to a human-readable format, so it is displayed as a date and time. Users can view timestamps using ls command or stat command.

Unlike mtime, which is only related to the contents inside a file, changed timestamp indicates the last time some metadata of a file was changed. For example, if permission settings of a file were modified, mtime will indicate it. To see the changed timestamp, we can use -lc option with the ls command as follows:

Acces timestamp (atime) refers to the last time a file was read by a user. That is, a user displayed the contents of a file using any suitable program, but did not necessarily modify anything. To view an access timestamp using ls command, we use -lu option followed by the file name.

stat command can be used to see all timestamps of a file simultaneously.

The table below summarizes the difference between the three timestamps we mentioned:

To further explain the concept, we will examine a file named test.txt, the following changes were made to the file:

Initially, the timestamps all show the time in which the file was created. The image below shows an example of using the stat command to view the 3 timestamps. In this image, the initial timestamps, which show the time that the file was created, are shown. The number +004 at the right of each timestamp is known as time zone offset, which indicates that the time zone is +004 hours ahead of UTC. The displayed date and time are converted from UTC to the local time zone when displayed to the user. We can also notice that stat command is highly exact in showing the seconds in a timestamp.

Alternatively, ls command can be used to view each timestamp individually as follows:

In the following steps, we will make some changes in the file and observe the change in timestamps using stat command. ls command can be used as well. 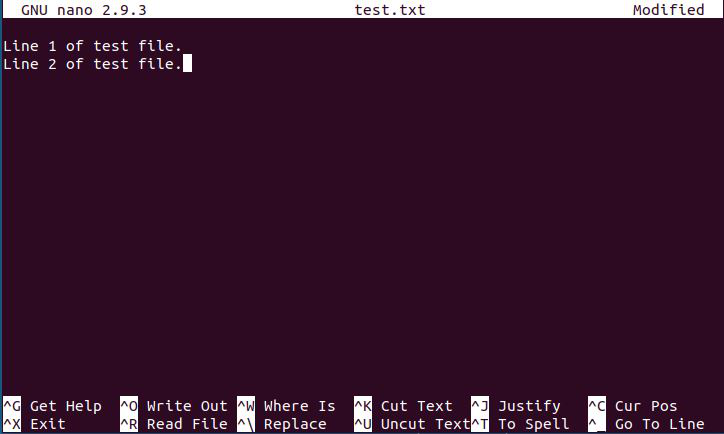 Using stat command, we can see that all 3 timestamps were changed to 14:22.

We notice that after changing the permissions, both ctime and atime changed to 14:36. This is not the case with mtime since it only changes when the contents inside the file are modified. Therefore, mtime is still at 14:22.

Opening the File without Making Changes 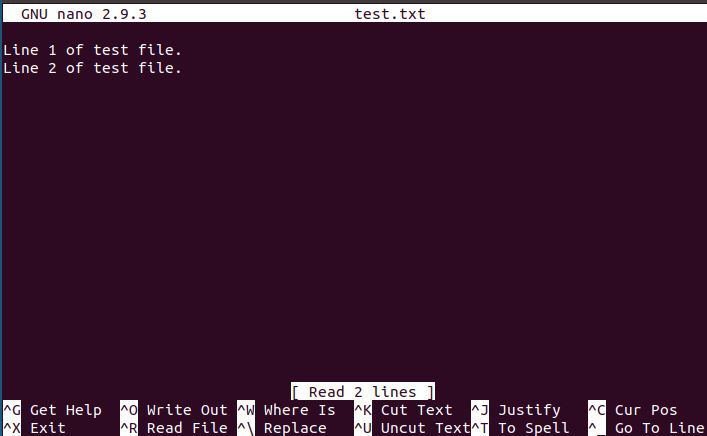 My Personal Notes arrow_drop_up
Previous
Sysmon – Graphical System Activity Monitor for Linux
Next
Length of smallest subarray required to be removed to make remaining elements consecutive
Recommended Articles
Page :
Difference Between Arch Linux and Kali Linux
28, Jun 20
SetUID, SetGID, and Sticky Bits in Linux File Permissions
05, Aug 19
How to Make File and Directory Undeletable Even By Root in Linux?
09, Feb 21
How to Use Gzip and Keep Original File in Linux?
06, Apr 21
How to Sync File and Directories to Cloud Storage in Linux Using Rclone Tool?
17, Apr 21
Creating and Executing a .jar File in Linux Terminal
04, Jul 21
Linux Virtualization : Linux Containers (lxc)
29, Jun 16
Linux File Hierarchy Structure
24, May 17
proc file system in Linux
01, Apr 18
File globbing in Linux
15, Apr 18
file command in Linux with examples
18, Feb 19
How to copy a file's content from Linux terminal?
09, Jul 19
File Management in Linux
18, Feb 20
Fcrackzip Tool - Crack a Zip File Password in Kali Linux
16, May 21
Kali Linux - File Management
19, Jun 20
Advance File Permissions in Linux
01, Jul 20
Different Ways to Create File in Linux
04, Jan 21
Linux - Renaming File While Downloading with Wget
09, Feb 21
How to Create a Password Protected ZIP File in Linux?
22, Feb 21
How to Find Linux File Creation Time using Debugfs?
06, Apr 21
How to Append Text to End of File in Linux?
05, Mar 21
How to Recover a Deleted File in Linux?
04, Apr 21
How to Save Output of Command in a File in Linux?
15, Mar 21
How to Get Last Modified Date of File in Linux?
24, Mar 21
Article Contributed By :