Given an integer N, the task is to find the N-th Fibonacci numbers.
Examples: 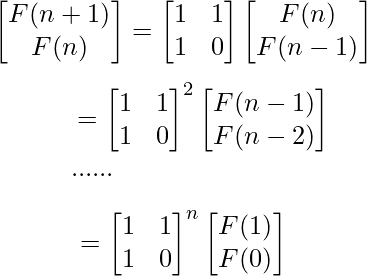 For doubling, we just plug in “2n” into the formula: 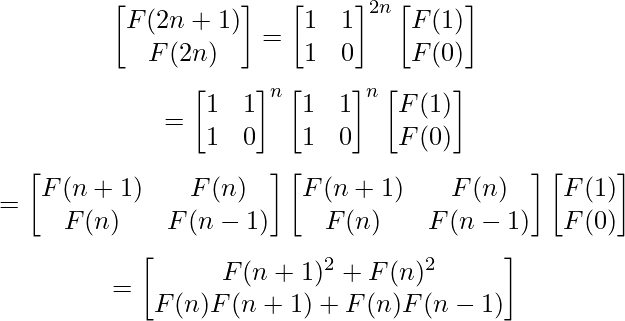 Time Complexity: We are iterating over the binary string of number n which has length of log(n) and doing constant time arithmetic operations, so the time complexity is O(log n).

Auxiliary Space: We are storing two elements in f and binary string of n has length log(n), so space complexity is O(log n).