Time Series in R programming language is used to see how an object behaves over a period of time. In R, it can be easily done by the ts() function with some parameters. Time series takes the data vector and each data is connected with timestamp value as given by the user. 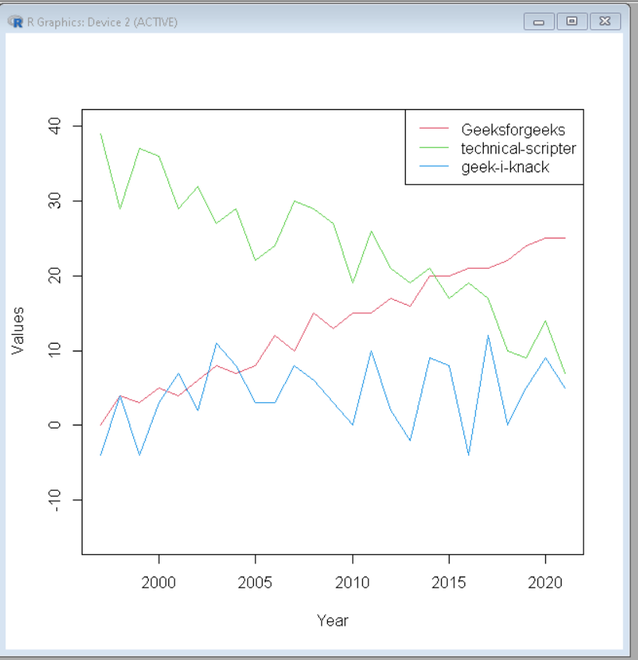 Multiple time series in one plot

In ggplot2 we can directly use geom_line() to draw the plot.

Draw the plot with the help of ggplot2 and geom_line(), 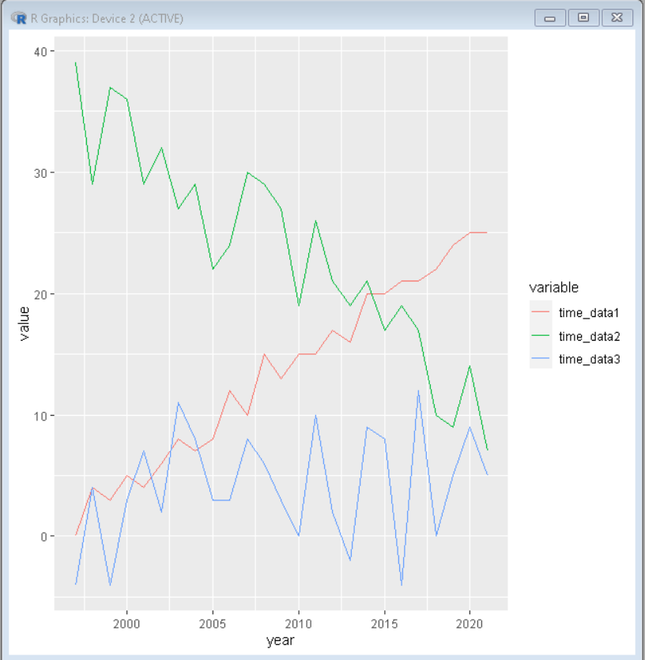