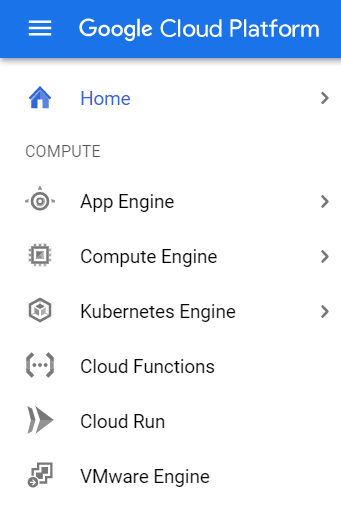 Now let’s talk about some of these services in brief.

The Compute Engine service is Google’s unmanaged compute service. We can think of Compute Engine as an Infrastructure as a Service (IaaS) offering by Google Cloud. As the service is unmanaged, it is our responsibility to configure, administer, and monitor the system. On Google’s side, they will ensure that resources are available, reliable, and ready for you to use. The main benefit in using compute engine is that you have complete control of the systems.

You can do the following when you build on Compute Engine:

The virtual machine instances running in zones assigned to them. Zones are data center-like resources. They are located within regions which is a geographical location. The zones are within a region are linked with low-latency and high bandwidth network connections.