Difference between Bridge and Repeater

Prerequisite – Network Devices Bridge: Bridge operates at the second layer i.e. data link layer of the ISO-OSI model. It connects the two networks together that uses the same protocol. Bridges are relatively easy to configure and focuses on MAC addresses. 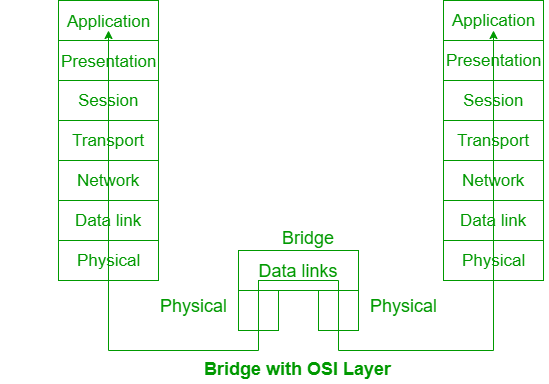 Repeater: Repeater is an electronic device. It is a hardware device used to extend a local area network. Repeater operates only on the physical layer i.e. first layer of the OSI model. It regenerates the weak signal and increases the range of the network. Functionality of the network remains unchanged by the use of repeater. Switch can be used as a repeater but hub cannot be used as a repeater. 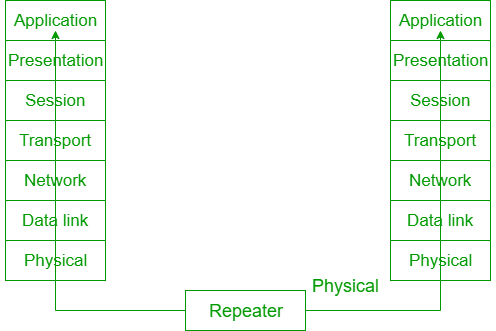 Let’s see the difference between Bridge and Repeater: