Here both the players will take their turn one by one. Starting with player one followed by player two. There are three weapons to select from namely stone, paper, scissors. Once player two plays his turn result is computed updating the win/lose the status of both the players.

Approach: Containers are ​ Stateful​ React components ( Class Based ). Components are ​ Stateless​ React Components ( Function-Based ). In this project, I have one container that is Controller which is responsible for state management and the entire game logic. Also, there are three components namely:

On clicking weapon buttons state in Controller is updated for the respective player. When the second player’s weapon is updated result is computed by the result handler function which covers all nine combinations of stone, paper, scissors taken two at a time. 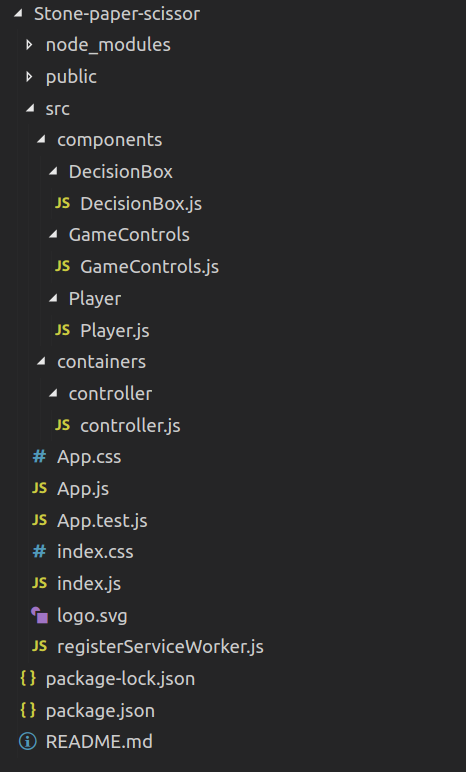