Given an array arr[] consisting of N integers, the task is to find the number of pairs such that the GCD of any pair of array elements is the minimum element of that pair.

Therefore, there is a total of 4 possible pairs whose GCD is equal to their minimum element of the pair.

Naive Approach: The simplest approach to solve the given problem is to generate all possible pairs from the given array and if there exists any pair whose GCD is equal to the minimum elements of that pair, then count that pair. After checking for all the pairs, print the value of count obtained as the result.

Efficient Approach: The above approach can be optimized based on the following observations:

Time Complexity: O(N*√M), where M is the maximum element of the array.
Auxiliary Space: O(1)

My Personal Notes arrow_drop_up
Previous
Sum of subsets nearest to K possible from two given arrays
Next
Sort a string lexicographically by reversing a substring
Recommended Articles
Page :
Pair of integers having least GCD among all given pairs having GCD exceeding K
16, Sep 20
Rearrange array to make it non-decreasing by swapping pairs having GCD equal to minimum array element
23, Sep 20
Check if array can be sorted by swapping pairs having GCD equal to the smallest element in the array
16, Sep 20
Smallest subsequence having GCD equal to GCD of given array
20, Oct 20
Check if array can be sorted by swapping pairs with GCD of set bits count equal to that of the smallest array element
17, Sep 20
Count of all possible pairs having sum of LCM and GCD equal to N
31, Jul 20
Queries to check if any pair exists in an array having values at most equal to the given pair
04, Dec 20
Split array into minimum number of subarrays having GCD of its first and last element exceeding 1
01, Sep 20
Count of pairs having each element equal to index of the other from an Array
30, Jul 20
Split array into two subsequences having minimum count of pairs with sum equal to X
09, Oct 20
Longest subsequence having maximum GCD between any pair of distinct elements
27, Oct 20
Count numbers in a range having GCD of powers of prime factors equal to 1
19, Dec 18
Count of quadruplets from range [L, R] having GCD equal to K
10, May 19
Count numbers having GCD with N equal to the number itself
30, Apr 21
Count pairs of natural numbers with GCD equal to given number
25, Jan 17
Count all possible values of K less than Y such that GCD(X, Y) = GCD(X+K, Y)
13, Jan 21
Pair having all other given pairs lying between its minimum and maximum
01, Oct 20
Find the winner of game of removing array elements having GCD equal to 1
29, Dec 20
Count of quadruples with product of a pair equal to the product of the remaining pair
08, Feb 21
Count pairs of nodes having minimum distance between them equal to the difference of their distances from root
23, Feb 21
Number of indices pair such that element pair sum from first Array is greater than second Array
25, Mar 20
Count of binary strings of length N having equal count of 0's and 1's and count of 1's ≥ count of 0's in each prefix substring
25, Jul 20
Maximize count of pairs (i, j) from two arrays having element from first array not exceeding that from second array
21, Oct 20
Count of N digit Numbers having no pair of equal consecutive Digits
12, Aug 20
Article Contributed By : 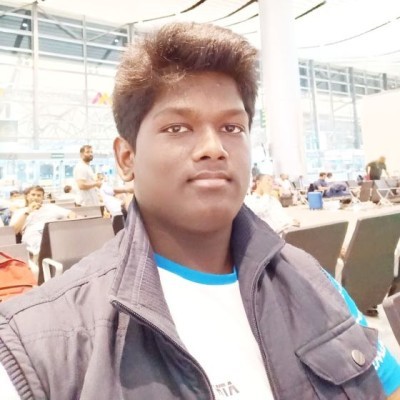