This lifecycle follows the journey of a single transaction as it makes its way through each stage in the process of joining the blockchain. Transaction in simple words is the process of sending money by the sender and the receiver receiving it. The Blockchain transaction is also quite similar, but it is made digitally.

Let us understand the various stages in a blockchain transaction life cycle with the help of an example.
Sourav and Suraj are two Bitcoin users. Sourav wants to send 1 bitcoin to Suraj.

The below diagram is a pictorial representation of the various stages in a transaction life cycle as discussed above. 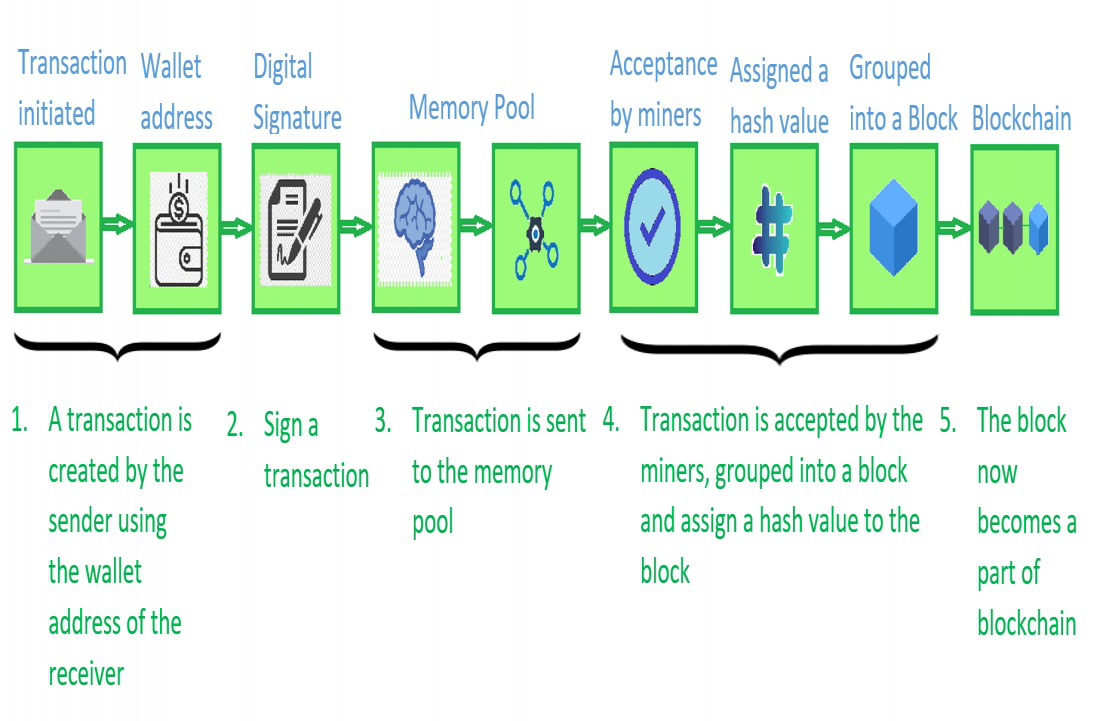