7 Best Python IDE For Developers in 2021

Whether we talk about Data Science or Website Development or Artificial Intelligence & Machine Learning or any other domain, there is one thing common in all these areas – Python! The language has experienced significant growth in its demand and popularity in the last few years and is currently ranking at the #1 position at various renowned indices for top programming languages. And if you’re looking forward to learning and working with Python from the year 2021 onwards then it’ll surely be a worthwhile choice for your career. However, to work with Python efficiently and effectively, you would require a great Python IDE! 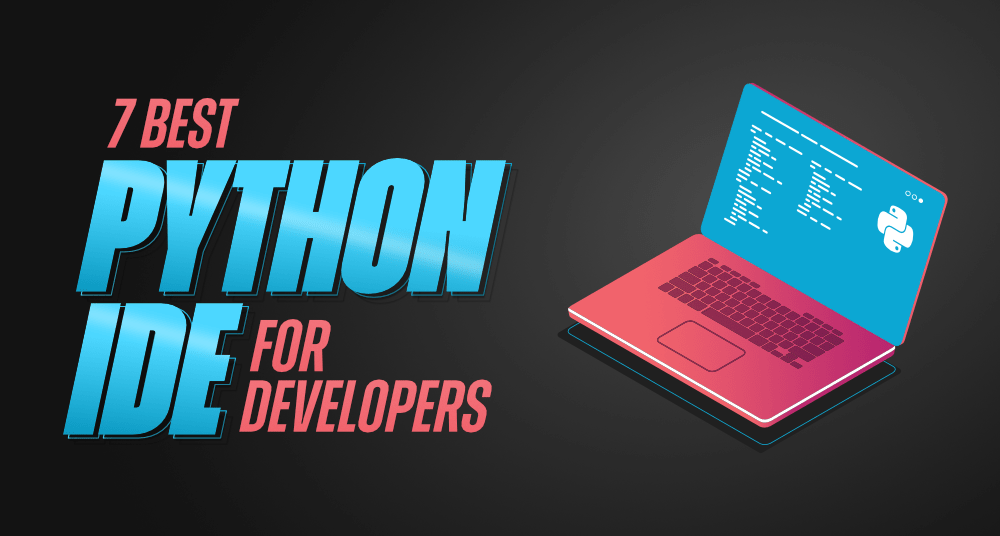 A Python Integrated Development Environment (IDE) provides all the essential tools needed for software development with Python. It helps to automate the tasks and enhance the productivity and efficiency of the developer. A Python IDE primarily consists of a code editor, a compiler, automation tools, debugging tools, and much more and you can conveniently write, compile, execute, and debug the code with the help of it. Some of the additional requirements for a better Python IDE are – Source Code Backup, Automatic Code Formatting, Debugging Support, Syntax Highlight, and many others.

Meanwhile, you don’t need to worry about finding out a great Python IDE for yourself as, to make things easier for you – here, in this article, we’ve compiled a list of the best Python IDE for developers for the year 2021. So, let’s get started:

It is one of the most widely used IDE (Integrated Development Environment) by developers. PyCharm, developed by JetBrains, is a customizable and cross-platform IDE that offers numerous prominent features such as Intelligent Code Editor for smart code completion and quick fixes, Debugging, Testing, and Profiling tools, VCS, Deployment & Remote Development, etc. In addition, PyCharm provides you with the much-needed support for various renowned web development frameworks like Django, Flask, etc. along with considerable support to JavaScript, CoffeeScript, TypeScript, HTML, and CSS. Moreover, it comes up with two different versions: PyCharm Community Edition and PyCharm Professional Edition; where the latter one is paid and offers you several additional features such as Python Profiler, Scientific tools, Remote development capabilities, and others.

Two primary cons that come up with PyCharm is that it has a slow loading time and it takes more space than other text editors which degrade the functionality of code. Other than that, Python is comparatively good in all aspects and is recommended to every developer i.e., from beginner to advanced level.

Going down with the list, here comes another enriching and well-known Python IDE – PyDev. PyDev, built by Aleks Totic, is actually a third-party plugin that is written in JAVA and enables Eclipse to act as an Integrated Development Environment (IDE) for Python development. It is quite popular among developers because of its unparalleled Code Analysis, Code Completion with auto import, Debugger, and Refactoring feature. In addition, PyDev offers you several other advanced features also for Python Development such as PyLint integration, Django integration, Type Hinting, Tokens browser, Code Coverage, Unittest Integration, and many more. It is indeed one of the robust, efficient, and stable IDE for Python Development.

PyDev is platform-independent & free to use and in particular, for beginners, it may be comparatively harder to download Eclipse and installing the PyDev plugin but if you’ve previously worked with Eclipse then you can surely give it a try to PyDev for Python development.

Spyder is another most-recommended Python Integrated Development Environment (IDE) for the developers. It is a free and open-source IDE for Python that provides you with some remarkable features like advanced analysis & debugging, profiling functionalities, deep inspection, and many others. It also offers you the ability to search and edit the variables with the GUI mode. Spyder comes with the Anaconda package manager distribution and is quite easy to install even for beginners. Moreover, it can be integrated with numerous scientific Python libraries such as NumPy, SciPy, Matplotlib, SymPy, etc. that somehow signifies that it is primarily developed for data scientists and engineers as it offers you a robust scientific environment for Python development.

Though, the target users for Spyder are mostly Data Scientists and Engineers – if you’re a beginner to intermediate level Python developer you can opt to explore and work with this enriching Python IDE this year.

Thonny is a lightweight Python IDE (Integrated Development Environment) that is designed in such a way that it makes things much easier for Python Developers, especially for beginners. It comes up with a very simple user interface and only consists of basic and relevant features that make it quite user-friendly for beginners. It allows the developers to check how the code and shell commands affect the python variables and provide a simple debugger for debugging as well. Some of the additional considerable features of Thonny are – statement stepping without breakpoints, live variables during debugging, separate windows for executing function calls, simple and clean pip GUI, and many more.

If you’re an experienced Python Developer then you may opt to ignore this particular Python IDE but in case, if you’re a beginner or looking forward to starting with Python anytime soon then you’re strongly recommended to check out Thonny for Python development.

Another name that comes in this list of best Python Integrated Development Environment is IDLE. Integrated Development and Learning Environment, IDLE is a Python IDE that comes by default with Python – hence there is no need for additional setup or installation. It is generally used for learning and practice purposes as its easy-to-use functionalities make it convenient for beginners to learn Python development conveniently. IDLE primarily comes up with a multi-window text editor, Python shell window, integrated debugger, and numerous other prominent features such as syntax highlighting, auto code completion, smart indentation, and many others. In addition, IDLE supports browsers, dialog boxes, and editable configurations.

IDLE is mostly recommended to beginner-level Python Developers and it is quite good for building simple projects and if you’re looking forward to building some advanced-level projects – you can go with any other Python IDE mentioned in the list.

Wing, developed by Wingware, is a dedicated Integrated Development Environment (IDE) for Python. It is a lightweight Python IDE that comes up with a powerful debugger and intelligent editor and supports multiple test-driven development. Also, it is very much customizable and supports remote development. The wing comes up with three of its versions – Wing Pro, Wing Personal, and Wing 101 version. The Wing Pro is a full-featured paid version for professional Python programmers – however, the trial version for the same is also available for the users. Wing Personal and Wing 101 are also paid but come up with their respective free versions also, excluding some advanced features, for students and beginners.

The wing is very much suitable for all Python developers and you can go with it as per your requirements, for instance – if you’re a novice and need a Python IDE for learning purposes you can go with the free versions or if you are seeking some advanced functionalities, you can opt for Wing Pro or other paid versions.

Last but not least, here comes Atom IDE. Many of you would have already known about the Atom source code editor that is developed by GitHub. Meanwhile, whereas Atom is only a text editor, Atom IDE is a platform that additionally provides you with almost all the functionalities of a basic Integrated Development Environment. Atom IDE is developed by Facebook and is supported by an open-source community. It comes up with various considerable features such as syntax highlighting, auto-completion, outline view, go-to definition, document formatting, and many others. Moreover, you can conveniently start using IDE-like features in Atom by installing the atom-ide-ui package.

Though there are many updating and improvements in Atom IDE that are expected to come in the coming times – you can consider exploring it now as well for Python development.