The Internet is a serious place where fortunes can be made or lost, and dangers hide at every corner. However, underneath that façade, lay not a few oddities that can raise an eyebrow or make one burst into a good laugh.
Here we are talking about Internet terminologies that contradict themselves, have strange-sounding abbreviations, or are amusing metaphors for some no-nonsense human activities. These terms can lighten the mood and prove that the World Wide Web is full of interesting tidbits that are as instructive as they are entertaining.

At first glance, those not so familiar with IT terms might think that IPv4 is one of the tongue-in-cheek shortcuts such as B3 (Blah, Blah, Blah), BFF (Best Friend Forever), or OMG (Oh, My Gosh!) that computer geeks invent to make a point while trying to look clever. But on the contrary, IPv4 refers to the fourth version of the Internet Protocol, the set of rules that makes internetworking possible.

Internet Protocol Version 4, its full name, comprises a set of numbers divided by decimal points that are assigned to your computer device and serve as your address on the Web. This address is basically your online identity and distinguishes you from millions of other users that are running around the Internet at any given time.

Without your IPv4 address, there’s no way you can connect or be connected to online. So next time someone drops the term during the course of a conversation, don’t laugh. You may even show your erudition and add that IPv6 is coming to replace IPv4 because the Internet has almost exhausted the number of IPv4 addresses that were made available.

This one tickles our funny bone because of the obvious irony it creates. For how can hacking, that sinister crime of breaking into and creating havoc on other people’s computers, be described as ethical or good?

You’d think it’s a joke until you look up ethical hacking and discover that, yeah, it’s hacking alright, but it’s not done to destroy a computer system but to actually help build up its defenses.

Ethical hacking is one of the coolest cybersecurity measures that organizations do to test how their systems will stand up to an attack. They hire certified ethical hackers, also called white hats, to deliberately hack their system, thereby identifying its vulnerabilities and coming up with leads on how to patch them up.

If the term calls to mind green fields with fruits and vegetables that are ready for harvest, that’s exactly the analogy that this geeky term conveys. That’s because pharming can indeed be likened to farming, except that what it harvests is people’s confidential data.

You see, pharming is the clever scheme perpetrated by hackers where they inject malicious code into a computer or server to corrupt its DNS system or that part that converts a domain name into an IP address. Once a computer or server has been corrupted, those who type in a URL address are unwittingly misdirected to a fake site where hackers gather their personal information without them even noticing.

Pharming is the cousin of another hacking technique called phishing. Pharming is called phishing without a lure because it doesn’t use emails as bait like what phishing does but relies on technical manipulation to execute its dastardly intentions.

Final Words: IPv4, ethical hacking, and pharming are just a few of the many interesting terms that you can encounter on the Web. They may sound funny, contradictory, or metaphorical, but they also help make understanding other tricky Internet definitions a lot easier. 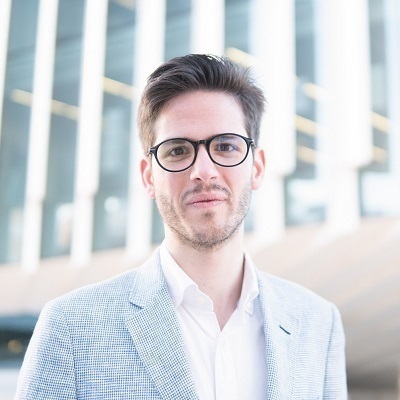