Why Do We Need Data Science?

Why do Data science?

Speaking of the demand, there is an immense need for individuals with data science skills. According to LinkedIn U.S. Emerging Jobs Report, 2020 Data Scientist ranked #3 with 37% annual growth. This field has topped the Emerging Jobs list for three years running. Moreover, according to Glassdoor, in which they listed the top 50 most satisfying jobs in America, Data Scientist is #3  job in the US in 2020, based on job satisfaction(4.0/5), salary($107,801), and demand. According to StackOverflow developer survey, 2020 – developer roles, about 8.1% of respondents identify as Data scientists or machine learning specialists. 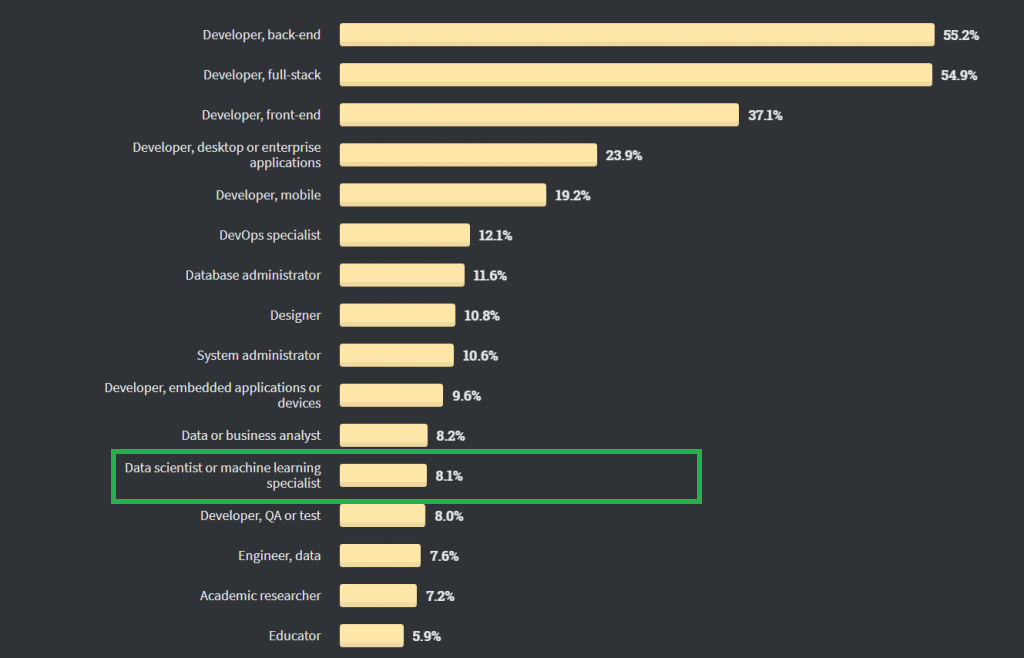 So this is a great time to be getting into data science – not only do we have more numerous data, and more numerous tools for gathering, warehousing, and interpreting it, but the need for data scientists is growing frequently and perceived as essential in many diverse sectors, not just business and academia. So now come to the topic.

You may notice that there is the term “data” in the “data science”. So whats actual data is? Let’s discuss the term data briefly.

After getting a brief knowledge of data there is another term we frequently hear this term Big Data when it comes to the data science world. So it deserves an introduction here – since it has been so integral to the rise of data science.

What is Big Data?

So one of the reasons for the acceleration of data science in recent years is the enormous volume of data (e.g Big Data) currently available and being generated. Not only are huge amounts of data being collected about many aspects of the world and our lives, but we concurrently have the rise of inexpensive computing. This has formed the perfect storm in which we have rich data and the tools to analyze it. Advancing computer memory capacities, more enhanced software, more competent processors, and now, more numerous data scientists with the skills to put this to use and solve questions using the data! And that’s the big reason why do we need data science in the future.