What’s the connection between Java and Blockchain?

Almost all the known programming languages are utilized in the field of Blockchain. Though, a different programming language is used for different types of projects. Thus, every developer has to understand which sort of development he or she would like to undertake. However, there is no doubt about the fact that Java is definitely considered as one of the top choices of the market.

Is Java a favourite of Blockchain technology?
Blockchain has transformed the way companies are performing their business transactions on the Internet. Being a decentralized technology, Blockchain seems to have a lot of potentials. Therefore, now, Java developers are upgrading their skills to make sure that they are able to interact with the ever-changing Blockchain technology. There are plenty of Java frameworks that are perfect for developers.

Java is considered as a common-purpose programming language. It is not only concurrent but object-oriented as well. At the same time, Java is created in such a way that it has only limited implementation dependencies. Java is definitely considered as one of the topmost programming languages. From the day it was incepted in 1995, till date, Java has been entering new sectors every now and then, and this time its Blockchain. The number of Java developers is also quite high. And, as they become more interested in Blockchain, they will definitely have more chances to grow and earn more.

My Personal Notes arrow_drop_up
Previous
Installation of Node.js on Windows
Next
Virtual base class in C++
Recommended Articles
Page :
How to Check Internet Connection in Android with No Internet Connection Dialog?
15, Jul 21
How to Fix java.net.ConnectException: Connection refused: connect in Java?
12, Apr 21
Establishing JDBC Connection in Java
02, Sep 16
Getting the Date of URL connection in Java
02, Nov 20
How to Make a Server to Allow the Connection to the Socket 6123 in Java?
09, Nov 20
Setting Up Proxy Connection to a System in Java
27, Apr 21
Java Program to Retrieve Contents of a Table Using JDBC connection
22, Nov 20
Database Connection and Queries in Codeigniter
04, Jun 19
How to Insert Records to a Table using JDBC Connection?
19, Nov 20
How to Update Contents of a Table using JDBC Connection?
05, Dec 20
Types of Blockchain and Chain Terminology
14, Feb 19
Basics of the Blockchain and its various applications
02, Dec 19
Blockchain vs Bitcoin
09, Nov 18
Introduction to Blockchain technology | Set 1
18, Jul 18
Introduction to Blockchain technology | Set 2
24, Jul 18
How Does the Blockchain Work?
14, Aug 18
Blockchain Forks
07, Jan 19
Important Blockchain terminologies
08, Jan 19
Consensus Algorithms in Blockchain
25, Apr 19
Blockchain - Into the Future
22, Jul 19
Blockchain as a Service Platform - Easy to use
30, Sep 19
What Are Cryptoasssets in Blockchain
14, Nov 19
Blockchain in Brief
14, Nov 19
Proof of Stake (PoS) in Blockchain
11, Dec 19
Article Contributed By : 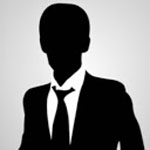 Complete Interview Preparation
View Details
System Design-Live Classes for Working Professionals
View Details
Most popular in Articles
Most visited in GBlog
We use cookies to ensure you have the best browsing experience on our website. By using our site, you acknowledge that you have read and understood our Cookie Policy & Privacy Policy