What is Secure Multiparty Computation?

In the last few decades, data privacy and security has become the primary concern to everyone. Due to the rise in technological advancements and the internet, it has been a challenging task to provide data security and data privacy of the data, when data is distributed over large distributed networks. As everyone is now concerned with their data, a lot of research is going on how to provide data security and privacy to the participants in the network. One of the techniques which provide the solution to the problems of data security and data privacy is Secure Multiparty Computation.
The secure multiparty computation may be defined as the problem of ‘n’ players to compute jointly on an agreed function securely on the inputs without revealing them.

The secure multiparty computation provides a protocol where no individual can see the other parties data while distributing the data across multi parties. It enables the data scientists and analysts to compute privately on the distributed data without exposing it. 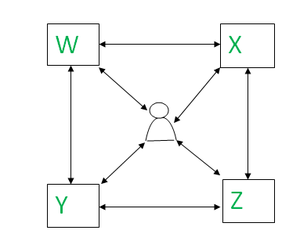 Multiparty sharing data among each other with any third party using a specified protocol.

The co-workers want to compute the maximum salary without revealing their individual salary to others. To perform such a computation, secure multiparty computation is implemented to calculate the maximum salary. The parties in a distributed manner jointly perform a function to calculate it without revealing the salary. Data in use is kept in encrypted form, broken up, and distributed across parties, there are no chances of quantum attacks.  It is impossible to have a trusted party in the real world, as all parties communicate with each other in one or the other way In such a scenario, the parties may get corrupted. The corrupted parties have behavior like semi-honest and malicious.

Suppose we want to compute the average salary among three employees without revealing the actual salary, for such problems one can use secure multiparty computation. Let’s take an example- 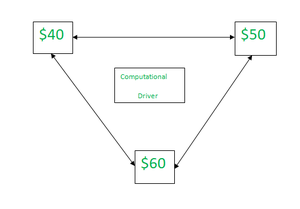 Mathematical representation of the problem can be given as:

Sam, Bob, and Cassy want to calculate their average salary.

From the above data shared there is no clue about the actual salary, but the average salary is being calculated.

Secure multiparty computation being used for solving different problems, but there are few limitations. The main limitations are the computational overhead and high communication costs.

Previous
Artificial Intelligence - Temporal Logic
Next
Heterogeneous and other DSM systems | Distributed systems
Related Articles
1. Secure coding - What is it all about?
2. Why HTTP is not Secure ?
3. 5 Best Practices for Secure File Sharing
4. SSL vs HTTPS - Which One is More Secure?
5. Making your WordPress Website More Secure
6. Juice Jacking - Public USB charging ports are not secure
7. Social Engineering -Time To Be More Secure Than Before
8. Web Structure Mining
9. Image Restoration Using Spatial Filtering
10. What is Web Content Mining?
Article Contributed By :