SEQUEL widely known as SQL, Structured Query Language is the most popular standard language to work on databases. It is a domain-specific language that is mostly used to perform tons of operations which include creating a database, storing data in the form of tables, modify, extract and a lot more. There are different versions of SQL like MYSQL, PostgreSQL, Oracle, SQL lite, etc.

SQL became the norm of the American National Standards Institute (ANSI) in the year 1986 and the next year in 1987 it became the norm of the International Organization for Standardization (ISO). Today is the world of the Internet and technology. We are surrounded by tons of data. So to store this data securely and to manage them we need a proper database and to manage a database we need a language which is SQL. It has a wide range of applications and is used by business professionals, developers, data scientists to maintain as well as manipulate data. According to the recent statistics of 2020-21, SQL is still one of the most used languages in the entire world. 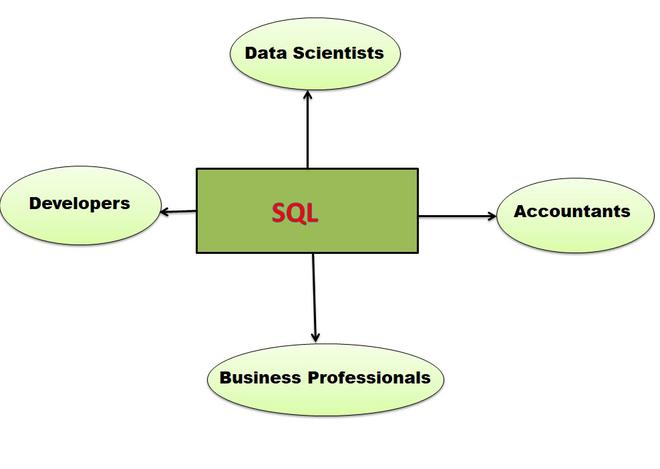 Now, we are going to discuss the dynamic uses of SQL:

1. Relational Database: To understand Relational Database we need to understand the Relational Model abbreviated as RM first. RM of database is simply storing the data and manage in a structured and particular manner. It was first described in the year 1969 by scientist Edgar F. Codd. In RM, we store data in the form of rows mostly known as “tuples” which are grouped into relations. RM helps to store data in descriptive and concise manner which helps to retrieve and manipulate data with simple queries. So, in the year 1970, Code came with a software called Relational Database Management System (RDBMS) which is used to maintain RM using SQL. SQL helps for querying and maintaining data in the RDBMS. This is one of the major use of the language SQL, it gives order to RDBMS to perform certain tasks in the form of queries.

2. Performing all Basic Operations in Database using SQL: SQL helps to perform tons of commands which helps us to perform various operations in a database. They can be broadly classified into four categories:

3. Transaction Control in Database: SQL is also used to maintain the transactions occurring in the databases. It includes following basic rules to maintain consistency in the database. These rules are termed as ACID properties. The control commands mostly used are COMMIT, ROLLBACK, etc.

4. SQL UNION: In Relational Algebra, we use the union operator to combine two sets into a single set with distinct values in it. Similarly, SQL UNION helps to provide a single result using two distinct separate SELECT statements. The UNION of two tables gives distinct attributes (columns) present in both the tables.

5. SQL JOIN: SQL JOIN statement helps to join two or more tables in order to retrieve information. JOIN is used mostly because in a database we may have two or more tables. For example, there are two tables “Customer” which consists of customer information, “Product” which consists information about the product. So, to know the details about the customer details who bought the product, we need JOIN operation. JOINS are basically of four types: 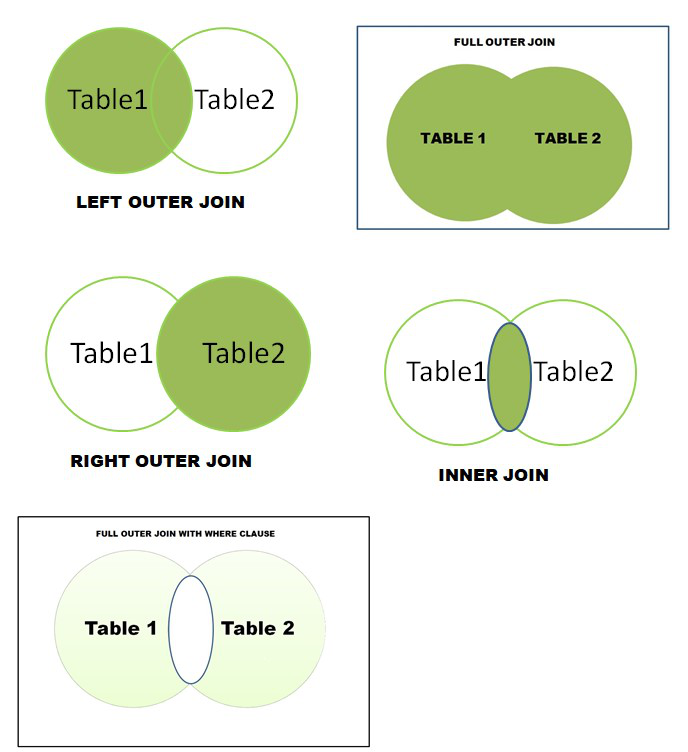 6. SQL on website: There is major application of query language like SQL on interactive websites which contain a lot of information about users, products in the form of databases. The backend of every website is supported by a database. SQL is mostly used to retrieve as well as store this data. Every website has its own database, and it contains a lot of information about the users. This database is used to retrieve as well as to store information. Most of the e-commerce sites, IRCTC, movie booking sites, etc. use query languages which is embedded in the code to perform various operations on their data as per user needs.

7. Compatibility and Flexibility: SQL is compatible with relational databases like Microsoft SQL Server, MS access, Oracle database, MYSQL, etc It also provides flexibility and provides permission who can access and manipulate which table in the database. It can manage large records and transactions occurring on the website with ease. There are various special libraries present in SQL like SQLite which helps to connect client web app to the database developers are using which helps to work with the datasets of clients.

8. Integration with other languages: SQL integrates with ease with two famous scripting languages Python and R. After integrating, we can easily manage the database with these scripting languages. This is mostly used by Machine Learning engineers, Data analysts, Mathematicians, who handle large amounts of statistical data at a time.

9. SQL for Data Scientists and Analysts: As discussed above, scripting languages can be easily integrated with SQL. The analysts work with humongous sets of data in Relational databases for which SQL is very much helpful as it can manage larger sets of data with simple queries. A basic example where SQL is used is “Data Filtering” in which we use “WHERE” clause with some logical operators and conditions. We can perform other operations like Slicing, Indexing, aggregations, etc. with the data sets.

10. SQL for Machine Learning: Machine Learning engineers also work with large sets of data to build an accurate model. “Without data there is no Machine Learning”. A great example is BigQuery ML which is a Google cloud platform. It helps in creation and execute various Machine Learning models using various queries and tools in SQL. Machine Learning with SQL and integration with modern scripting languages with Tensor Flow is the next big thing to handle humongous data.