Physics teaches that force is mass times acceleration, but if it is required to imagine what force is, and how does it affect a body? It is Simple. Imagine pushing or pulling an object, The push or pull of an object is applying force to the object, and if the object shows some displacement, there will be a finite value of Force. The force acting per unit area on a body is known as Pressure. Pressure and Force are closely related, the more the force on an object, the more will be the pressure on the object.

Effect and Types of Force

When Force is applied to a body, It can start the object’s motion or can stop its motion, or can help in changing the shape or size of the object based on what type of force is applied. If a body experiences two forces, the forces may add up or may decrease the overall force. This is due to the reason that force is a vector quantity, which means, it has both magnitude and direction. Hence, the direction of force is also essential. 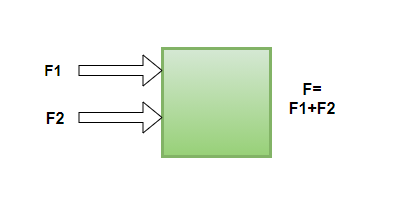 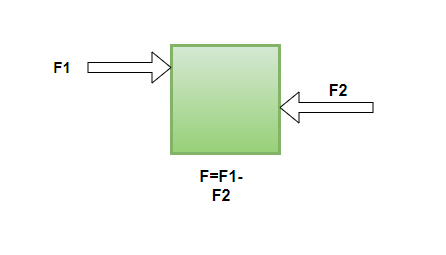 The formula for Force is given as, F = Ma.

The SI unit of Force is Newton (N)

There are many types of Forces that can be applied or naturally present in the universe. Contact Force is one type where the body should be in contact, for example, hitting a ball, or pushing a box. Muscular Force is the kind of Force where the muscles are in strain due to the applied force, For example, pushing any object applies force on the muscles. Friction Force is the type of force that is present between two surfaces, it resists the motion of the objects and always works in the direction opposite to motion.

The SI unit for pressure is N/m2. Also, Different types of Pressure have different units in standard form.

Example of Pressure in real life: 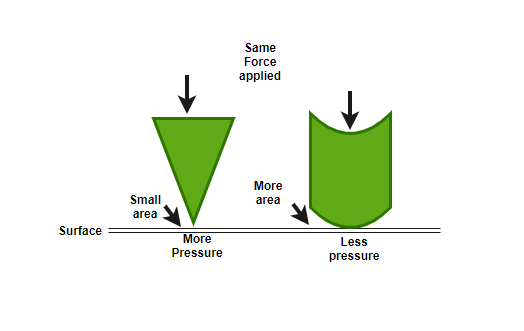 The instrument used to measure the atmospheric pressure is called Barometer. Barometer has Mercury filled, and it is vacuumed in the rest of the space. It measures Patm as pgh.

Where, p = Density of the air

h = height of the mercury. 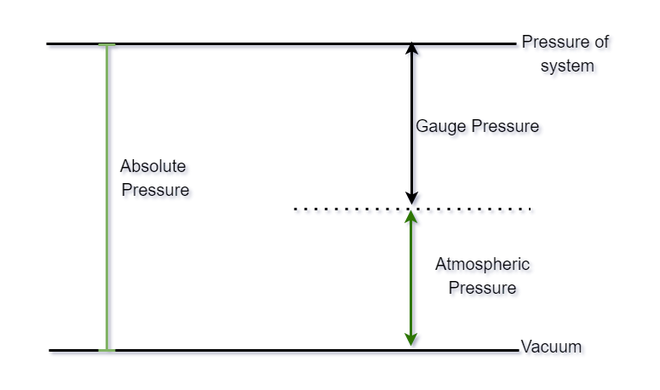 Question 1: The mass of an object is 50kgs and the object is accelerating, the acceleration is 2 m/sec2. Find the value of Force produced by the object.

Question 2: The Force Produced by a car is having a mass of 100kgs is equal to 300N. Find the acceleration of the car.

Question 3: What is the difference between Gauge pressure and differential pressure?

Question 4: Why the straps provided by school bags are preferably made wider. What happens if the bag straps are less wide?

Question 5: An object is being pushed with a force of 50N and the base of the object is 10m2, What will be the pressure exerted by the object on the surface?

Question 6: An object exerted a pressure of 10N/m2, and the area for which the pressure is applied is 30m2. Find the amount of Force required?