Let’s try to push the head of a nail into a wooden plank and then try pushing the nail with the pointed end. What did happen? The nail with the pointed end easily gets into the wooden plank. Now use both a dull and a sharp knife to cut veggies. What did happen? A sharp knife to cut veggies easily. In this example, it is observed that the area over which the force is applied (e.g, the pointed end of the nail and sharp knife) plays a role in making these tasks easier. The roof-tops might be blown away by strong winds during a storm or cyclone because of variation in the air pressure. Is there a link between force, area, and pressure? Let’s discuss it.

Pressure is force per unit area applied in a direction perpendicular to the surface of an object.

The SI unit of Pressure is Pascal (Pa).

The expression for the pressure can be expressed as:

Pushing a nail into a wooden plank

A sharp and dull knife to cut veggies.

Pressure exerted by Liquid and Gas 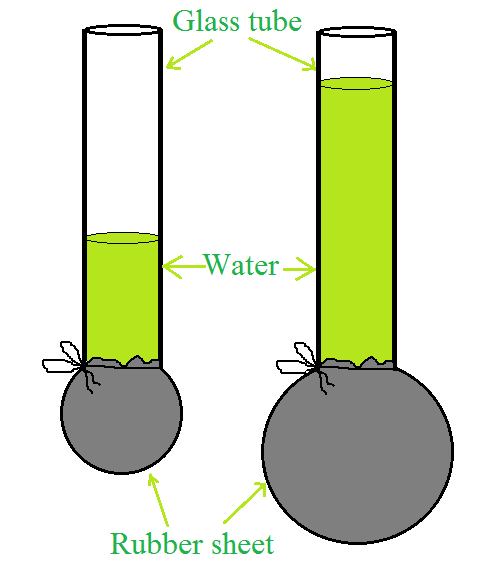 The pressure exerted by water at the bottom of the container depends on the height of its column.

Let’s consider the following illustration as: 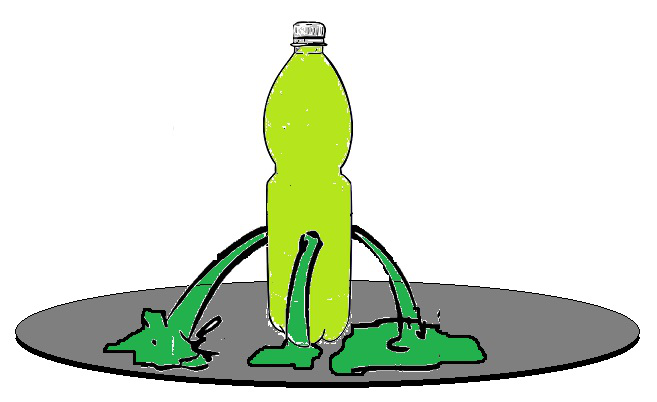 The atmosphere is the envelope of air that surrounds us. The atmospheric air rises hundreds of kilometers above the earth’s surface. The pressure exerted by this air is known as atmospheric pressure.

Suppose if there is a unit area and a very long cylinder filled with air standing on it, the weight of the air in the cylinder equals the atmospheric pressure. The weight of air in a column with a diameter of 10 cm and a diameter of 10 cm can be as much as 1000 kg. Because the pressure inside our bodies is equal to the atmospheric pressure and cancels out the pressure from outside, we are not crushed under this weight.

Pressure is defined as the force acting per unit area of a surface. Its SI unit is Pascal.

Pressure = Force / Area on which it acts

Problem 2: Why a sharp knife to cut veggies easily?

Problem 3: What is the relation between force and pressure?

The expression for the pressure can be expressed as

Problem 4: A force of 100 N is applied on an area of 4 m2. Compute pressure being applied on the area.

Substitute all the values,

Problem 5: Which force is responsible for the downward movement of parachutes? Will he come down with the same speed without the parachute?

Downward movement of a parachute is due to force of gravity. Without parachute the speed will be greater.