The role of Artificial Intelligence in Internet of Things

Imagine a smart future! A future where machines are not merely dumb devices but intelligent creations that can work in tandem with human beings. A future that looks remarkably like the robotic utopia in I, Robot (Well, except the homicidal robots!). This future is not merely an imagination but a natural consequence of the two most dynamic technologies of today – Artificial Intelligence and Internet of Things. 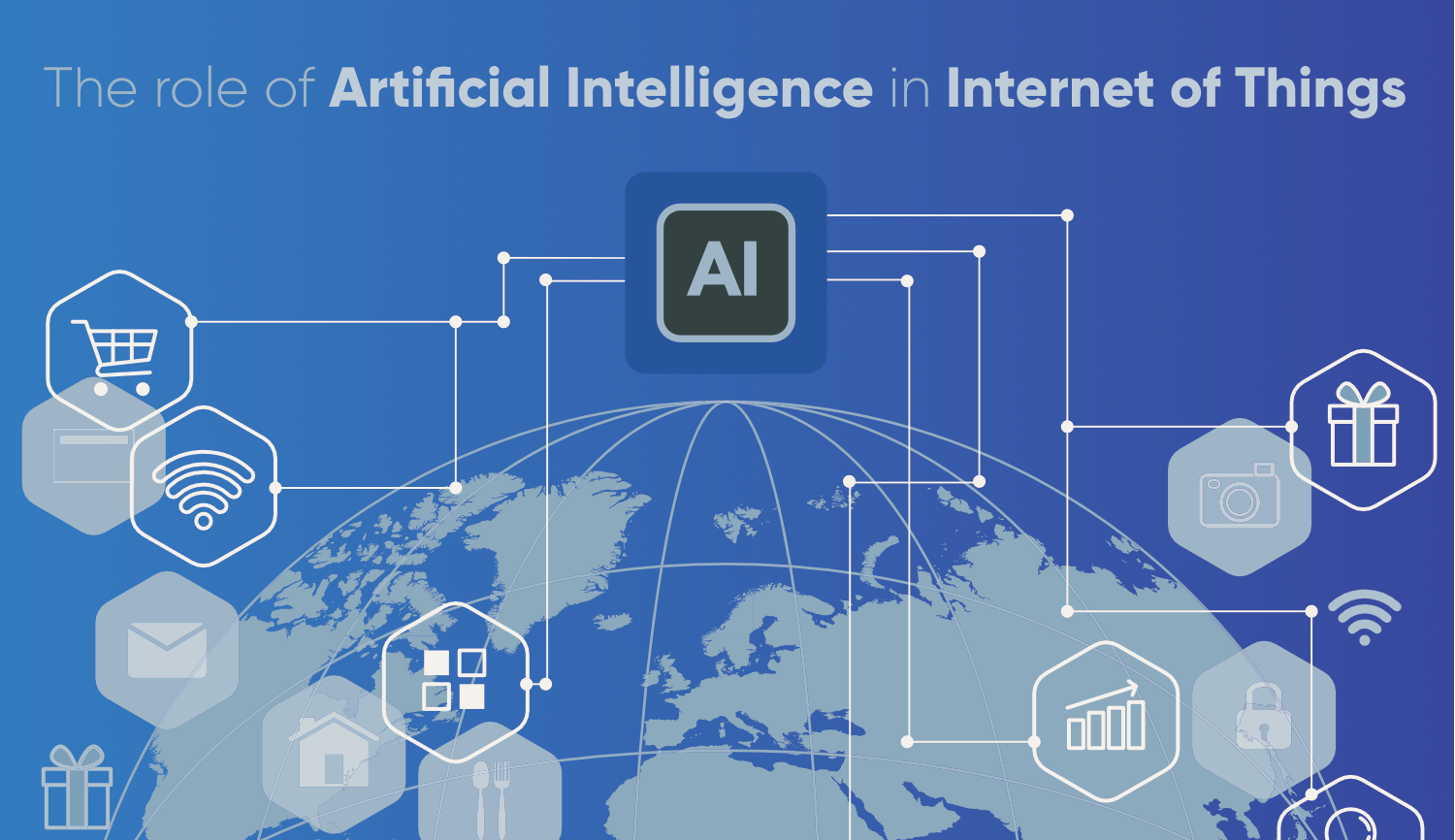 Now the question arises…What is Artificial Intelligence and the Internet of Things?

Well, Artificial Intelligence deals with the creation of systems that can learn to emulate human tasks using their prior experience and without any manual intervention. (Basically Intelligent Systems!). Internet of Things, on the other hand, is a network of various devices that are connected over the internet and they can collect and exchange data with each other.

Why is Artificial Intelligence required for IoT?

According to Business Insider, there will be more than 64 billion IoT devices by 2025, up from about 9 billion in 2017. All these IoT devices generate a lot of data that needs to be collected and mined for actionable results. This is where Artificial Intelligence comes into the picture. Internet of Things is used to collect and handle the huge amount of data that is required by the Artificial Intelligence algorithms. In turn, these algorithms convert the data into useful actionable results that can be implemented by the IoT devices.

This can be best summed in the words of Maciej Kranz, Vice President of Corporate Strategic Innovation at Cisco. “Without AI-powered analytics, IoT devices and the data they produce throughout the network would have limited value. Similarly, AI systems would struggle to be relevant in business settings without the IoT-generated data pouring in. However, the powerful combination of AI and IoT can transform industries and help them make more intelligent decisions from the explosive growth of data every day. IoT is like the body, and AI the brains, which together can create new value propositions, business models, revenue streams and services.”

Applications of Artificial Intelligence in Internet of Things

Artificial Intelligence and the Internet of Things is like a match made in Tech Heaven!!

While both of these disciplines have individual value, their true potential can only be realized together. There are many different applications across multiple industries that require Artificial Intelligence and Internet of Things. Some of these are given as follows:

Ever wanted the help of a robot? Well, that’s exactly what you will get with Collaborative Robots or Cobots. These Cobots are highly complex machines that are designed to help humans in a shared workspace with environments ranging from office to industrial. They can be a robot arm designed to perform tasks or even a complex robot designed to fulfill tough tasks.

Drones are aircraft without a human pilot (The piloting is done by the software!). They are extremely useful as they can navigate unknown surroundings(even those beyond the reach of the internet) and reach areas hazardous for humans such as offshore operations, mines, war zones or burning buildings.

When everything is getting smart, why not whole cities? Smart cities can be created with a network of sensors that are attached to the physical city infrastructure. These sensors can be used to monitor the city for various civic factors such as energy efficiency, air pollution, water use, noise pollution, traffic conditions, etc.

Digital Twins are twin (obviously!) objects in which one is a real-world object and the other is its digital replica. These objects can range from airplane engines to wind turbines. Digital Twins are mainly used to analyze the performance of the objects without using the traditional testing methods and so reducing the costs required for testing.

This is shopping made smart! AI and IoT can be used by retailers to understand the customer behavior (by studying the consumer online profile, in-store inventory, etc.) and then send real-time personalized offers while the customer is in the store.

While Artificial Intelligence in the Internet of Things is a relatively new concept, it has already been successfully applied in many real-world applications. (Yeah, this world is more tech-savvy than we thought!) Some of these applications are given as follows:

Tesla Motors – Self Driving Cars: Self-driving cars sound like futuristic science-fiction yet they are very much a part of today’s reality. The Tesla Motors self-driving cars use the latest advancements in Artificial Intelligence and the Internet of Things. While these cars are still in the testing phase (With multiple legal and ethical concerns as baggage!) they are still one of the easier innovations of IoT.
A unique feature of the Tesla self-driving cars is that all of them act like a connected network. Whenever one car learns some new information, that is passed on to all the other cars. And that is used to predict the behavior of cars and pedestrians on the road in various circumstances.

WildTrack – Endangered Species Preservation: There are many animals that are endangered or going extinct in various countries (No thanks to human of course!). Also, the traditional methods of tracking these animals with collars are stressful and dangerous (Both to the animals and researchers). So WildTrack’s footprint identification technique (FIT) uses IoT and AI algorithms to identify the species, individual, age and gender of an animal from its unique footprint. Then this data can be used to recognize patterns relating to animal movements, species population, etc. that help in preserving various endangered species.

Nest Labs – Smart thermostat: The Smart Thermostat (everything is becoming smart these days!) by Nest Labs uses IoT to allow temperature checking and controls from anywhere using smartphone integration. It is also quite simple to use, which is one of the primary reasons for its success (apart from AI and IoT of course!).
Artificial Intelligence plays a big role in the Nest Labs thermostat. It is used to understand the temperature preferences of the users and also their daily schedule. Then it adapts accordingly for optimal temperature and also maximum energy savings.

Automated vacuum cleaner – iRobot Roomba: When everything else is becoming smart, why not a smart vacuum cleaner? The iRobot Roomba is developed by three members of MIT’s Artificial Intelligence Lab and it uses IoT and AI to clean a room as efficiently as possible. It is a robotic vacuum cleaner that uses a set of sensors to detect obstacles, dirty spots on the floor or even steep drops such as stairs.
So, it essentially remembers the layout of the living space (As much as machines can anyway!) and then uses the most efficient and economical movements for cleaning. A smartphone app can be used to adjust the performance requirements with “Clean” mode, “Spot” mode, “Dock” mode, etc.

This is an exciting new time to live in (both for humans and machines!). With multiple advances in artificial intelligence, light-speed communications, and analytics, IoT is even more convenient and high-performance IoT devices are taking over almost every domain of technology. Moreover, the declining hardware costs make it feasible to embed sensors and connectivity in just about any device imaginable.

Taken together, Artificial Intelligence and Internet of Things are ushering in a new era where “smart” is just the normal state of being and the robotic utopia in the future appears more and more attainable in the present.