Servers, streams and sockets in Node

Node.js is a javascript framework for writing Server-side applications.
A Node.js server provides the mechanisms for connecting to a service and sending/receiving data. It achieves this through TCP or UDP connections. Developers can hence create their own server and test their app deployment.
NodeJS comes with a simple HTTP server built-in. This HTTP server allows us to listen on an arbitrary port(specified by us) and receive callbacks via a callback function that will be invoked every time a request is made to the server.
The callback will receive two arguments: a Request object and a Response object. The Request object will be filled with useful properties about the request, and the Response object will be used to send a response to the client.

Once you have installed Node, let’s try building our first web server. For example, let us code a server.js file-

Now to execute this file from terminal simply write:-

And on navigating to the specified url a simple HTML page will open displaying : 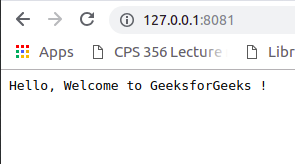 Streams are collections of data — just like arrays or strings. A stream is an abstract interface for working with streaming data in Node.js. The stream module provides a base API that makes it easy to build objects that implement the stream interface. In Node.js, there are four types of streams –

Using Node.js streams we can modify and transform data.

Create a js file ,example- read.js ,with the following content-

Now run the above read.js file to see the output-

Create a js file ,example- write.js ,with the following content-

Execute the above file-

And the text file has been created. To check-

Here we are talking in reference to “net” module of Node.js and not referring Socket.IO -a library that enables real-time, bidirectional and event-based communication between the browser and the server.

“net.Socket” is a class that is an abstraction of a TCP socket or a streaming IPC endpoint, and is also a duplex stream so it can be used for both reading and writing data.

A net.Socket can be created by the user and used directly to interact with a server. For example, it is returned by net.createConnection(), so the user can use it to talk to the server.

It can also be created by Node.js and passed to the user when a connection is received. For example, it is passed to the listeners of a ‘connection’ event emitted on a net.Server, so the user can use it to interact with the client.

For example to create a test socket in Node.js create a file ,example- test.js, with the following content-

Running the above file creates a client-server model and returns-

socket.bytesRead-
Added in: v0.5.3
The amount of received bytes.

socket.bytesWritten-
Added in: v0.5.3
The number of bytes sent.

Further can be explored at the official documentation of Node.js mentioned in the references.

My Personal Notes arrow_drop_up
Previous
Node.js Stream writable.cork() Method
Next
Web-Socket in Node.js
Recommended Articles
Page :
Introduction to Sockets.IO in Node.js
11, Jun 19
How to create load balancing servers using Node.js ?
18, May 21
Different Servers in Node.js
31, Aug 20
Node.js Streams
11, Jun 20
How do Web Servers work?
10, Jun 17
Node.js | NPM (Node Package Manager)
28, Apr 18
Node.js Connect Mysql with Node app
12, Apr 19
Node.js Automatic restart Node.js server with nodemon
08, Apr 19
How to resolve 'node' is not recognized as an internal or external command error after installing Node.js ?
09, Jul 20
Top 3 Best Packages Of Node.js that you should try being a Node.js Developer
14, Dec 20
Difference between node.js require and ES6 import and export
26, Mar 20
How to implement search and filtering in a REST API with Node.js and Express.js ?
05, Apr 21
How to send response from server to client using Node.js and Express.js ?
30, Mar 21
Node.js date-and-time Date.isLeapYeart() Method
18, May 21
When to use next() and return next() in Node.js ?
17, Mar 21
How to install the previous version of node.js and npm ?
20, Mar 20
Asynchronous Functions and the Node.js Event Loop
15, Mar 19
Signup Form Using Node.js and MongoDB
22, Apr 19
Introduction about Node.js and MongoDB
28, Mar 19
Difference between Node.js and AngularJS
28, Mar 19
Node.js authentication using Passportjs and passport-local-mongoose
26, Apr 19
How to share code between Node.js and the browser?
11, Jul 19
How to Create and Verify JWTs with Node.js ?
24, Aug 21
Debugging and Testing of a Node.js Application
24, Jul 19
Article Contributed By : 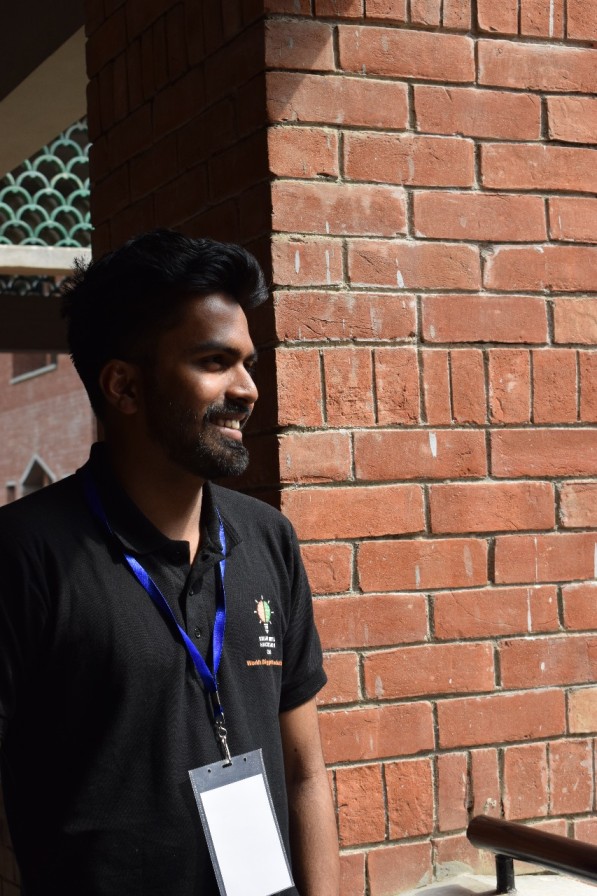