Sublimation is the separation technique where a substance makes a transition from the solid to the gas state directly. The substance does not undergo the liquid stage. Therefore, it is used to illustrate a solid-to-gas transition between the states of a substance. This process is endothermic in nature and takes place at the lowest pressure at which any compound can exist in the liquid state. The conversion of a substance from the gaseous state to the solid-state is termed deposition or de-sublimation. It is the reverse process of sublimation.

Sublimation is a physical change in the state of the substance. Sublimation is not a chemical reaction with oxygen. For instance, if we consider the chemical compound solid ammonium chloride, upon heating in the hydrogen chloride solution, the compound dissociates. For instance, the combustion of candles, into the separate components of carbon dioxide and water vapour is a chemical reaction taking place in the presence of oxygen.

The transition of the substance from the solid to the gas state requires passing through the intermediate liquid state. This requires the usage of external pressure, called the partial pressure of the substance. Some of the solids easily sublime, like carbon and arsenic since the pressure of their triple point is very high. This makes it difficult to retain the liquid state. To summarise, certain substances, like camphor easily turn into a gaseous state and convert to a solid state upon cooling.

The molecules of a substance are bound together by strong intramolecular forces of attraction. When we heat the substance, the heat energy is supplied which increases the energy possessed by the molecules. As a result of the increase in energy, some of the molecules break from the forces of attraction existing with the surrounding particles so that they can escape into the vapour phase. Since the process of sublimation incurs the usage of external energy, it is considered to be an endothermic change. The enthalpy of sublimation is equivalent to the summation of the enthalpy of fusion and the enthalpy of vaporization. 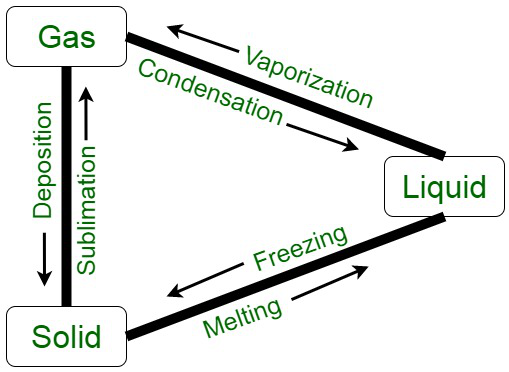 Sublimation can be important in the recovery of compounds that are suspended or dissolved in a liquid or a solid like dry ice. The compounds can be recovered, at least in crude form, by allowing the suspending matrix to sublimate away. This method of recovery is usually gentle, which is advantageous in preserving the chemical structure or even activity of the target drug (i.e., cocaine) or enzyme. Many compounds will sublimate when heated. The effective temperature can be characteristic of the compound and can be measured in a forensic laboratory inexpensively, using a common, not plate.

Sublimation has practical applications in forensic science. Forensic analysis of a crime or accident scene often relies on the examination of photographic evidence after the scene has been cleaned. A dye-sublimation printer enables digital pictures to be rendered in print form in a very realistic and detailed fashion, which helps investigators in their analysis.

The basis of a dye-sublimation printer is the vaporization of various coloured dyes housed in the printer. The vaporized dyes penetrate the glossy surface of the photographic paper before returning to their solid form. 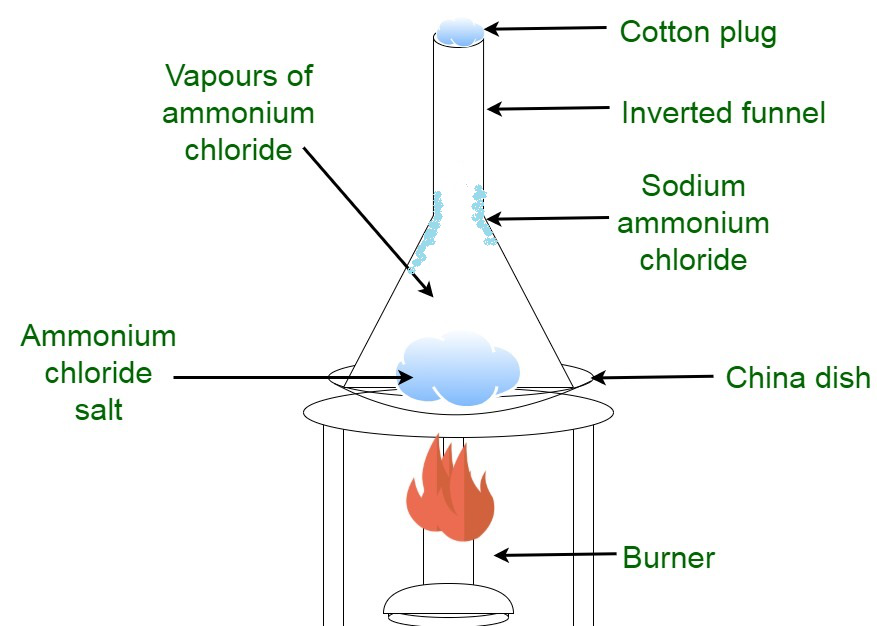 Separation by a Magnet

The technique of separation by a magnet depends upon the process of separating components belonging to mixtures by the use of a magnet. It is used to attract magnetic materials. The basic principle behind this technique is that it detaches non-magnetic material apart from the magnetic ones. This technique is extensively in use for ferromagnetic minerals, that is the substances that are strongly affected by magnetic fields or paramagnetic minerals, that is the substances that are less affected in the presence of magnetic fields. Magnetic Separation is one of the most common and important physical separation techniques.

How this technique works?

The magnetic materials are basically separated by mechanical means. During the execution of this process, the magnets are located inside two separator drums bearing liquids. The magnetic particles are being drifted by the movement of the drums due to the magnets. This can lead to the creation of a magnetic concentrate. For instance, an ore concentrate.

Where to use magnetism?

Applications of Separation by a Magnet

Question 1: Explain briefly the process of sublimation of naphthalene balls.

Question 2: What is the requirement of carrying out purification of organic compounds before performing sublimation?

Question 3: How can we separate the compound containing iron and sulphur undergoing heating?

The mixture of iron and sulphur can be separated using the process of magnetic separation. Upon heating this mixture, sulphur undergoes melting before iron since the melting point of sulphur is very low in comparison to iron. and At a temperature of about 445oC, the mixture ignites and eventually leads to the formation of sulphur dioxide and sulphur trioxide. Therefore, iron gets extracted from the mixture whereas sulphur can be extracted from its oxide.

Question 4: Give some real-life examples of magnetic separation.

Some of the real-life examples of magnetic separation are :

Question 5: Difference between the processes of sublimation and diffusion.

Question 6: Give a brief listing of the conditions where the ice would be most likely to sublimate?

At high temperature and pressure – Water is more likely to melt followed by its evaporation.

.At high temperature and low pressure – It is most likely that ice will sublimate. The presence of high pressure makes it energetically favourable for water to melt before it undergoes evaporation. On keeping the atmospheric pressure low, it becomes more favourable to directly reach into the gaseous phase.

Question 7: Explain the similarities and differences between sublimation and deposition.

Sublimation is a separation technique where there is a phase transition from the solid to gaseous state, without passing through the liquid state.

Deposition is a separation technique where there is a phase transition from the gas to solid, without passing through the liquid state. It is the reverse of sublimate.

Both of these phases skip passing through the liquid state, but they serve as an indicator to the physical changes occurring in different directions. For instance, Carbon dioxide at standard pressure exerts both properties, that is sublimation as well as deposition,