The underlying network of devices that exist between edge networking devices is called Underlay.
They include switches, routers, cables and wireless links to create physical network.

Like GRE tunnel, path defined for packet to take (as specified by protocol used) can be though as a virtual connection between edge devices. This virtual path along with edge devices is collectively called Overlay. 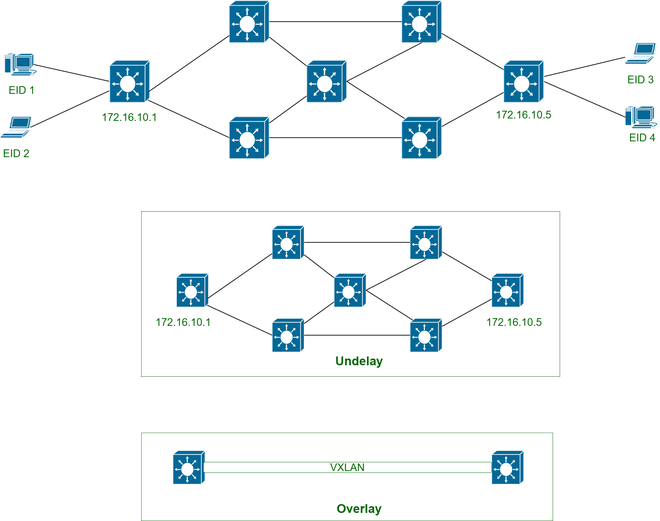