ReactJS Onsen-UI is a popular front-end library with a set of React components that are designed to developing HTML5 hybrid and mobile web apps in a beautiful and efficient way. Toast Component allows the user to display dismissable information or simple actions at the bottom of the page. We can use the following approach in ReactJS to use the Onsen-UI Toast Component. 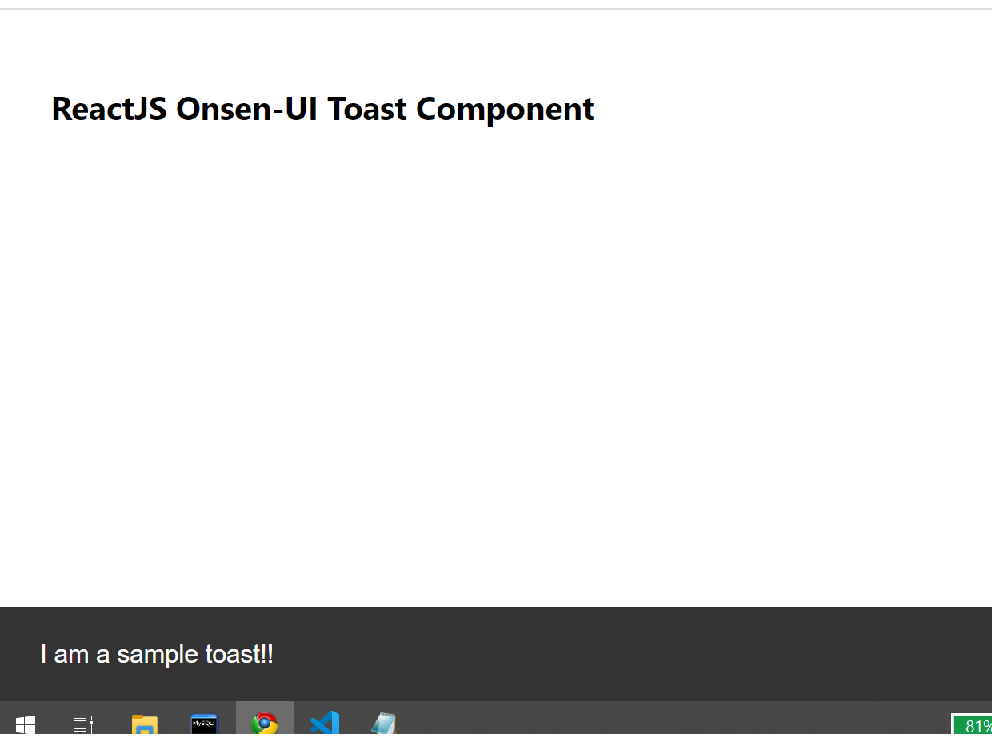