As there is an old saying that “Prevention is Better than to Cure Something”. So Inspired by this saying we multiplexed 3 problem statements and deploy them into a single platform i.e an App.

As we discuss the problems, now we will explain how these problems can be solved?

Step 1: Initially our apps Splash Screen will show for 2-3 seconds as shown:

Step 2: A Home Screen Will Appear where Login / Sin Up through different modes are available and this is done with the help of firebase.

Step 3: After Sin up and sign in, our home page will appear  as shown below, In this, all 3 problems  Solution are provided in the form of Card Views: 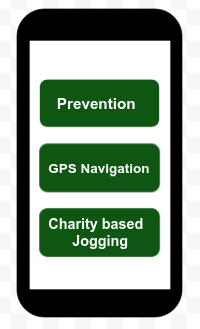 Step 4: So when we click on Prevention below functions will appear as shown: 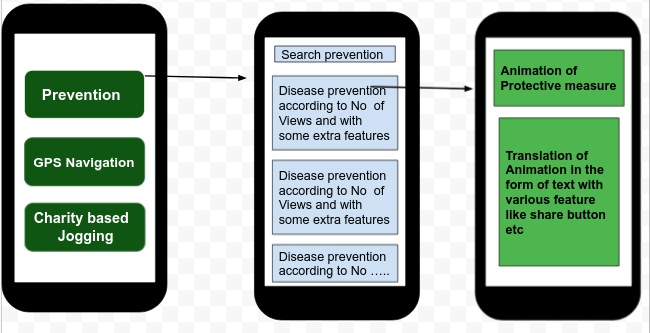 Step 5: So when we click GPS Navigation the below function will appear: 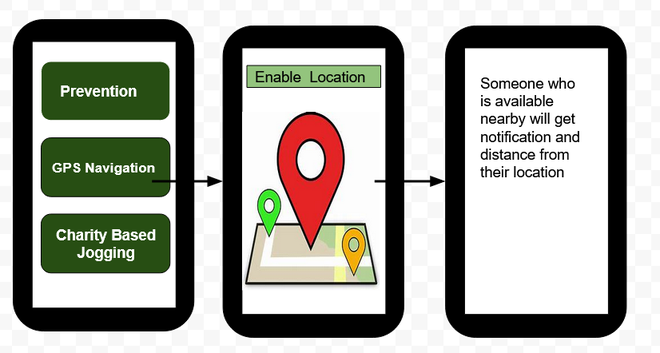 Step 6: When Last CardView Charity based Jogging is clicked the below functionality will be seen 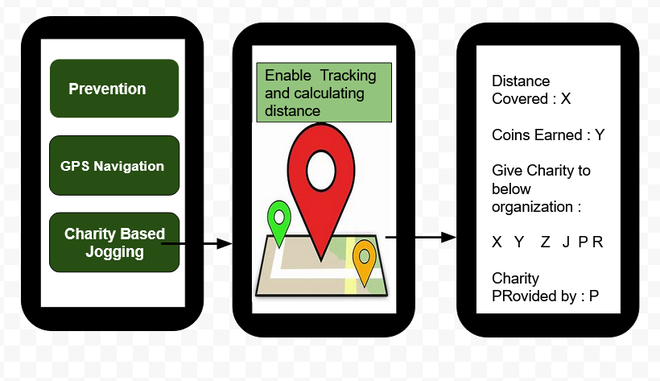