Inert gases are chemically unreactive. Noble gases, also termed inert gases are group 0 elements. There are six types of noble gases, helium (He), neon (Ne), argon (Ar), krypton (Kr), xenon (Xe), and radioactive radon (Rn). The noble gases are the type of elements belonging to group 18. Under standard conditions of temperature and pressure, all the inert gases exist in the gaseous state of the matter. 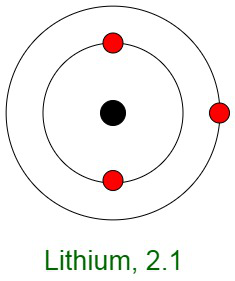 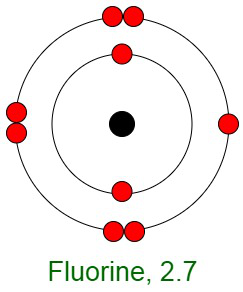 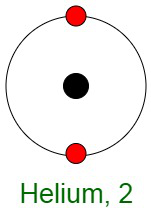 Noble gases are mostly non-reactive apart from being subjected to particular extreme conditions. Therefore, they are suitable for placement in applications to avoid unwanted reactions. Hydrogen and helium are neutral compounds that do not form any chemical bonds. Little reactivity is shown by certain other compounds like xenon, krypton, and argon.

The reactivity of the noble gases follow the order:

Why Noble Gases are Inert?

When elements react, their atoms complete their outer shells by losing, gaining, or sharing electrons. The primary reason for the inertness of noble gases is the stable electronic configurations of their atoms. This implies that the atoms of noble gases are complete with respect to their outer shells, also known as valence shells. They don’t show any tendency to exchange, that is either gain or loose electrons. The noble gases don’t easily form compounds and don’t participate in chemical reactions. Therefore, they mostly occur in the form of mono-atomic gases.

In other words, they have completely filled outer orbital configurations due to which they possess minimum energy. Therefore, inert gases are said to possess a full electron configuration.

Question 1: Why is argon used as a ‘shield gas’?

Argon is used as a ‘shield gas’ while welding pieces of metal together. This is because argon is inert in nature, therefore, the hot metal does not oxidise and spoil the weld. Also, the air is stopped from getting to the metal.

Question 2: Where is hydrogen used

arily due to inertness?

Hydrogen is inert enough to be used in chromatography, for the separation of components from the mixture.

Question 3: Why are electric bulbs filled with inert gases and sealed?

Electric bulbs are filled with noble gases like argon. The inert gases don’t react with the filament of the bulb. This prevents the evaporation of the filament and maintains the pressure inside the bulb. Air is not used because the filament in the bulb will react with oxygen and will burn because of high temperatures.

All the noble gases, except helium, have eight electrons in their outermost orbit making its general electronic configuration is ns2 np6. Helium, in comparison, has two valence electrons.

Question 5: Why is iron not a noble gas

Iron doesn’t have complete electrons in its valence shell. Therefore, it reacts with elements to form compounds, unlike noble gases. It forms compounds and achieves a stable configuration.

Question 6: Name some compounds with which Xenon react and what are the compounds formed.

Xenon reacts with fluorine and oxygen to form fluorides and oxides respectively. Some compounds formed are xenon difluoride (XeF2) and xenon tetroxide (XeO4)

Question 7: Give reactions of different types of fluorides formed with Xenon.