Force is a push or a pull that changes or tends to induce a change in the state of the object or it may modify the direction in which the object is moving or transform the shape of an object. The body may be in a state of rest or uniform motion. The application of force induces an acceleration in the object.

The push or pull applied on an object with mass causing it to change its velocity. 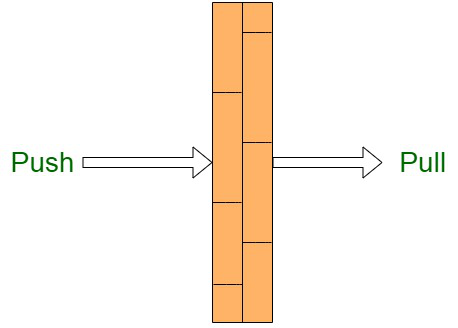 The force is measured in Newton (N) or Kg m/s2.

Example: When a balloon is pressed from opposite sides, the size and shape of balloon is modified.

The following are the Newton’s Laws of Motion :

The rate of change of momentum of an object is proportional to the applied unbalanced force, in the direction of force.

The rate of change of momentum of an object is proportional to the applied force.

Momentum of a body is the product of the mass of the body and its associated velocity. Momentum can be considered to be a vector quantity, that is, it has both an associated magnitude as well as direction.  By the second law of motion, the time rate of change of momentum is equal to the force acting on the particle.

By the formula, we have,

Let us consider an object of mass, m to be moving along a straight line with an initial velocity, u m/s.

It is uniformly accelerated to velocity, v in time, t by the application of a constant force, F throughout the time, t.

The initial and final momentum of the object will be,

The change in momentum is given by ,

Rate of change of momentum  =

Since, force applied is proportional to rate of change of momentum,

The quantity, k is assumed to be a constant of proportionality.

The unit of force is chosen in such a way that the value of the constant, k becomes equivalent to 1.

For this, one unit of force is defined as the amount that produces an acceleration of 1 ms-2 in an object of 1 kg mass.

Thus, the value of k becomes 1.

The unit of force is kg ms-2 or Newton, which has the symbol N (newton) .

Derivation for Second law of Motion

Adhering to the second law of motion,

Let us assume, the constant of proportionality,

F = ma, which implies that the force is equivalent to the product of mass and acceleration of the body.

Let us assume a body to be at an initial point (0) specified at location L0 and at the time instance t0 . Let us assume the body having mass m0 and travelling with a uniform velocity v0 .

On subjecting the body to a force F, the body moves to point 1, situated at the location L1 and reaches this point at time instance t1.

The mass and velocity of the body undergoes transformation as the body travels to v1.

Deriving the values for m1 and v1, we get,

For a constant mass, Newton’s second law can be equated as follows:

The application of the second law of motion can be seen in identifying the amount of force needed to make an object move or to make it stop. Following are a few examples that we have listed to help you understand this point:

1. On the cricket ground, the fielder pulls his hands in the backward direction to catch the fast approaching cricket ball. This reduces the momentum of the ball and induces a delay. When the ball comes in the hand of fielder and comes to a halt, the momentum of ball is reduced to zero. In case, the ball stops suddenly the momentum reaches 0 in an instant time frame. There is a quick rate of change in momentum due to which the player’s hand may get injured. Therefore,  pulling the hand backward a fielder induces delay to the change of momentum to become zero, to prevent injury. 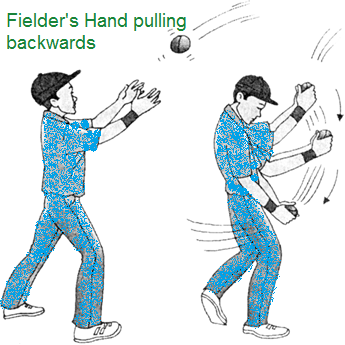 3. Pushing a cart – Since, the force is directly proportional to the mass of the object, we can observe that it is easier to push an empty cart in a supermarket than it is to push a loaded one. A heavier mass upon application of the same force, tends to show a smaller acceleration. 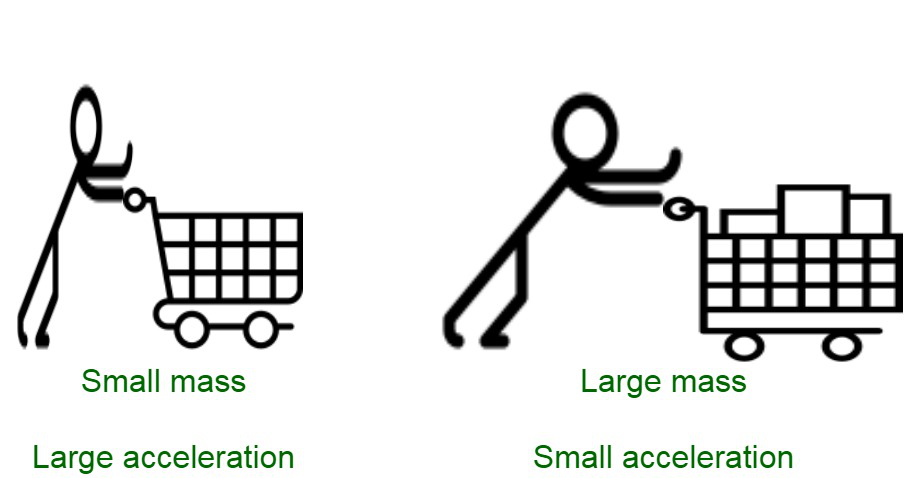 4. Two people walking – The heavier person tends to walk slower than the thinner one, upon exerting same force because the acceleration of the person weighing lighter is greater. 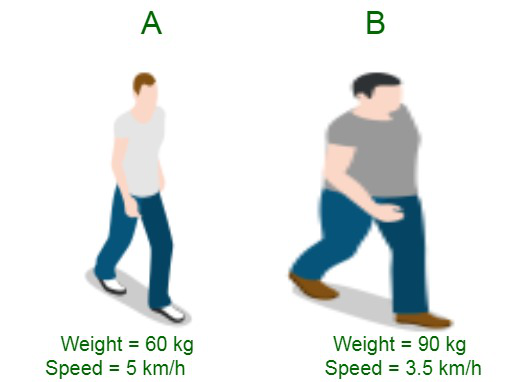 6. In golf game, the change in acceleration of the golf ball is directly proportional to the force with which it is hit by the player through a golf stick.

7. The rocket tends to move faster due to the force applied known as thrust and undergoes a change in acceleration and is an example of Newton’s second law of motion.

Example 2. What will happen If a net force of 6 N is applied on 0.5 kg-material, Calculate the acceleration of the material?

The acceleration of the material is 12 m/s2

Example 3: What will happen when a net force of 70 N is constantly applied on 1.4 kg body at rest, What time it will take to attain the velocity to 150 m/s?

Now use this equation of motion

Example 4. When a train engine of mass 2500 kg is moving with some velocity . If the engine after applying brakes is brought to rest, after application of brakes engine goes about 40m when the average resistance being offered to it is 5000 N. Calculate the velocity of the Train engine?

We have to find Initial velocity u = ?

Now we will use this equation of motion

The initial velocity of the Train engine was 160 m/s

We have to find the ratio of

Example 6. If a body of mass 10 kg is moving with a constant velocity of 4 m/s on a frictionless ground. What will be the force required to keep the body moving with the same velocity?

Example 7. When a bullet of mass 20 gm is shot from a gun that has an initial velocity of 40 m/s the mass of the gun is 5 kg. What is the initial recoil velocity of the gun?