Naive Approach: The simplest approach is to generate all possible subsets of the given pairs of elements and print the size of that subset that satisfies the given criteria and has a minimum size.

Efficient Approach: The given problem can be solved by using the Greedy Approach, the idea is to use sorting and observation can be made that choosing the ith pair as a part of the resultant subset the difference between the 2 subsets decreases by the amount (2*S[i] + U[i]). Follow the steps below to solve the problem:

Previous
The Earliest Moment When Everyone Become Friends
Next
Sort the string as per ASCII values of the characters
Related Articles
1. Maximum size of subset such that product of all subset elements is a factor of N
2. Sum of maximum and minimum of Kth subset ordered by increasing subset sum
3. Split Array into K non-overlapping subset such that maximum among all subset sum is minimum
4. Find maximum subset sum formed by partitioning any subset of array into 2 partitions with equal sum
5. Minimum days to make Array elements with value at least K sum at least X
6. Maximize count of subsets having product of smallest element and size of the subset at least X
7. Maximum product of the remaining pair after repeatedly replacing pairs of adjacent array elements with their sum
8. Count pairs (p, q) such that p occurs in array at least q times and q occurs at least p times
9. Minimize remaining array sizes by removing equal pairs of first array elements
10. Minimum number of elements to be removed such that the sum of the remaining elements is equal to k
Article Contributed By : 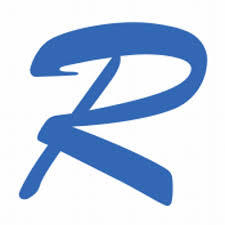