Approach : Start partitioning the two arrays into two groups of halves (not two parts, but both partitioned should have same number of elements). The first half contains some first elements from the first and the second arrays, and the second half contains the rest (or the last) elements form the first and the second arrays. Because the arrays can be of different sizes, it does not mean to take every half from each array. The below example clarifies the explanation. Reach a condition such that, every element in the first half is less than or equal to every element in the second half. 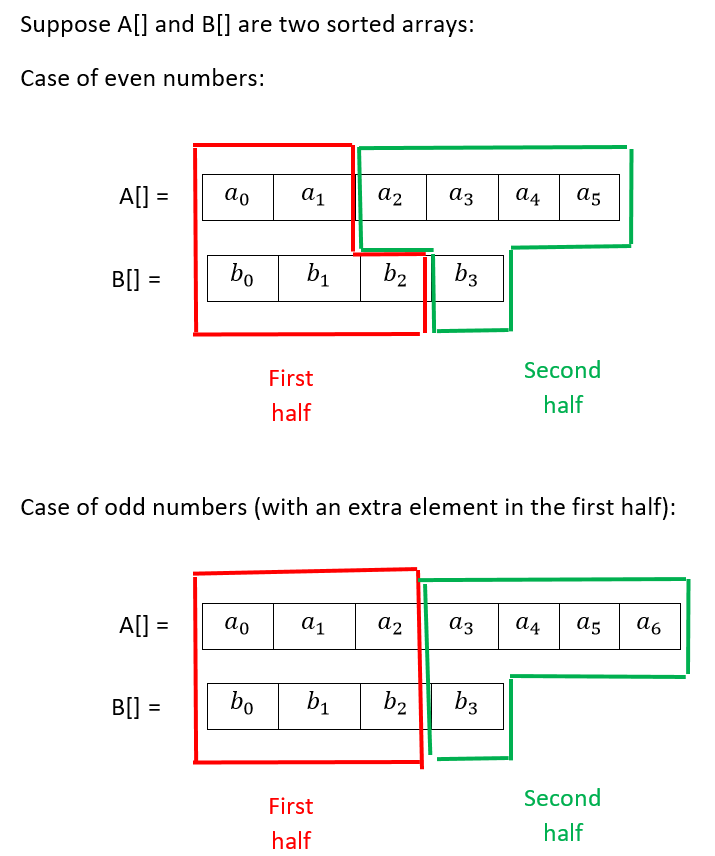 Example 2 (This example refers to the condition that returns a median that exists in the merged array) : 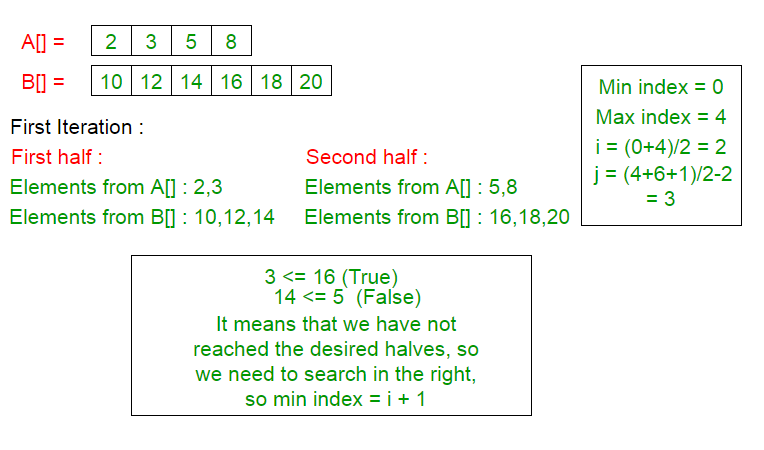 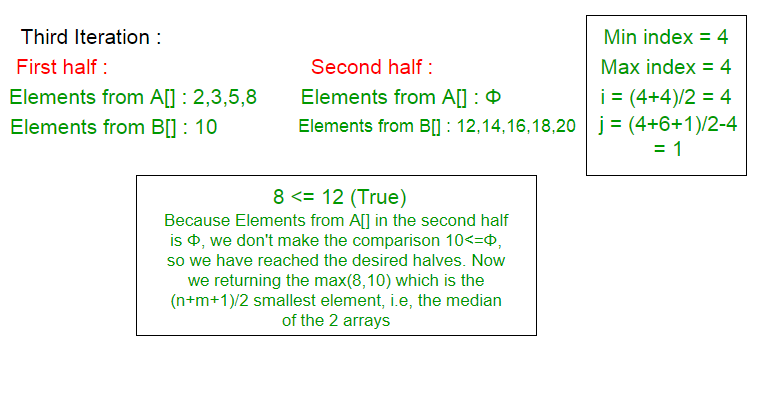 Another Approach : Same program, but returns the median that exist in the merged array((n + m) / 2 – 1 position):

Time Complexity : O(log(min(n, m))), where n and m are the sizes of given sorted array 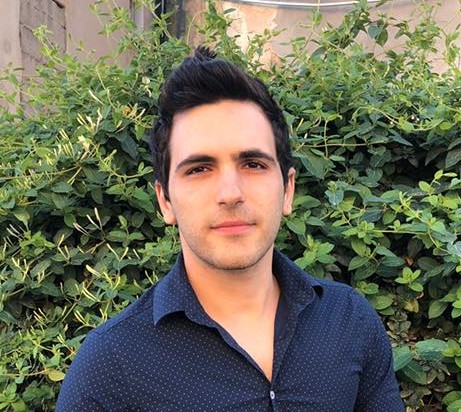