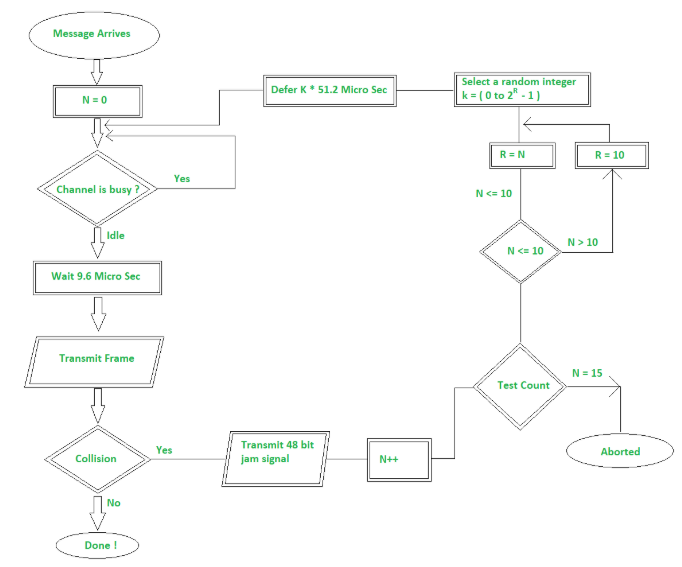 The transmitter initializes the number of transmissions of the current frame (N) to zero and starts listening to the cable to see if any message bits are travelling. If the cable is not idle, it waits (Defers) until the cable is idle. After the carrier being Idle it waits for more than 9.6 microseconds to allow the nodes to prepare themselves for the transmission that is about to be happen next. This is done to avoid starvation.