For a better understanding of Elliptic Curve Cryptography, it is very important to understand the basics of the Elliptic Curve. An elliptic curve is a planar algebraic curve defined by an equation of the form

The curve is non-singular; that is, its graph has no cusps or self-intersections (when the characteristic of the Co-efficient field is equal to 2 or 3).

In general, an elliptic curve looks like as shown below. Elliptic curves can intersect almost 3 points when a straight line is drawn intersecting the curve. As we can see, the elliptic curve is symmetric about the x-axis. This property plays a key role in the algorithm. 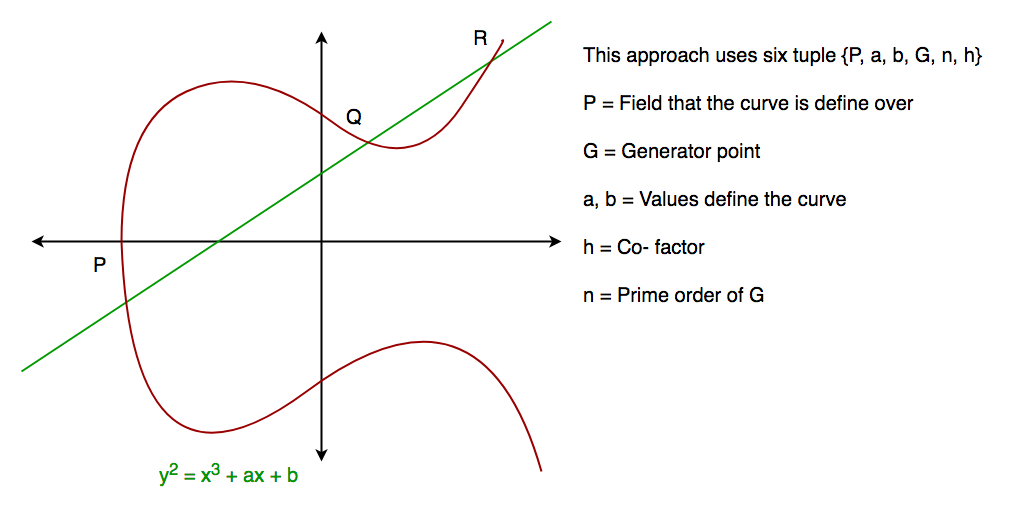 The Diffie-Hellman algorithm is being used to establish a shared secret that can be used for secret communications while exchanging data over a public network using the elliptic curve to generate points and get the secret key using the parameters.