How to Plot a Log Normal Distribution in R

To plot the log-normal distribution we would require two functions namely dlnorm() and curve().

In the first example let us plot a log-normal distribution using mean 0 and standard deviation 1 over a range of 0 to 25 using curve and dlnorm function. 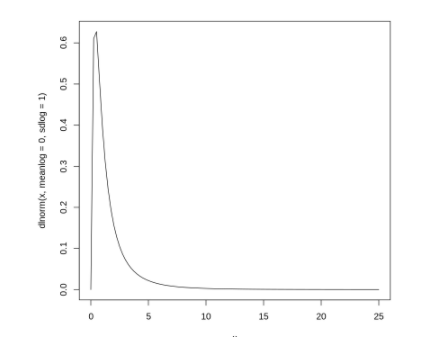 We know the fact that by default the mean and standard deviation values is 0 and 1 respectively, so we can plot the above function without specifying the meanlog and sd log parameters, the result is going to be the same.

We can also draw multiple log-normal distributions with different mean, std. dev and the range by specifying different colors to each distribution as shown below. 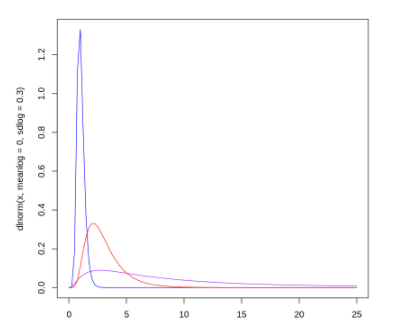